THE eyes of the world were on two Southampton schoolboys this lunchtime they cut the ribbon to open SeaCity Museum, exactly 100 years after their great grandfather set sail on the Titanic from the city.

William and Henry Ward, ages eight and six, whose great grandfather, crew member George Kemish, survived the tragedy, were guests of honour at the opening of the new museum, which celebrates the city’s maritime heritage and commemorates the crew of the Titanic. 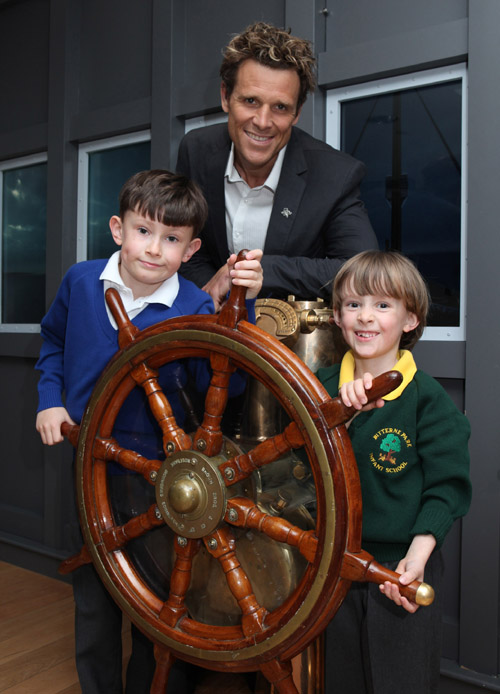 James Cracknell, who has rowed the Atlantic himself, said: “The museum tells the story of the Titanic through people’s stories, and makes sure that these are kept for the future and are accessible for all ages.

“I have two children myself and they will absolutely love the interactive experiences on offer at SeaCity.”

Earlier, hundreds of Southampton schoolchildren marched in procession from the Titanic Engineers’ Memorial to the new museum, carrying placards representing the crew members from the city. The opening afternoon of the museum was a sell-out with 400 people pre-booking their tickets.

SeaCity Museum, which cost £15million, tells the story of Southampton’s crew on the Titanic, and the impact the tragedy had on families in the city. It also features other major maritime led exhibitions, telling the stories of people who have arrived and departed in the city since pre-historic times.

Mike Harris, Senior Manager for Leisure and Culture at Southampton City Council, said: “The opening is a proud moment for Southampton. A huge amount of time and effort has gone into every stage of the museum’s creation, and to have finally reached the point where we can open the doors to visitors is a great achievement.’’