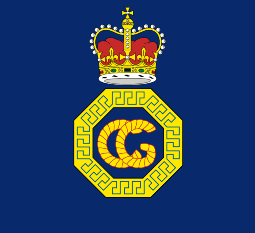 Fiver fishermen were rescued by the Coastguard after fleeing their burning vessel.

The crew are being treated with hypothermia after the dramatic rescue.

At 13.28 pmtoday a distress alert was received by the Coastguard from an emergency radio signal.

It was quickly identified as belonging to a fishing vessel registered in Buckie called Onward.

The fishing vessel was in a position, 50 milesnorth west of Stromness.

Shetland Coastguard made a mayday relay broadcast to secure assistance from any other vessels in the area.

A merchant vessel Nautica responded and diverted to the last known position.

A Maritime surveillance aircraft, Watch dog 65, was tasked to attend and report back.

Stromness RNLI lifeboat was also requested to launch, but has been stood down and the Nautica is continuing it’s passage.

Rescue 102 arrived on scene and found the fishing vessel had been on fire and that the crew had evacuated to liferafts.

They were winched into the helicopter, and now all five crew have been evacuated to the hospital at Kirkwall suffering from hypothermia.

This incident shows the importance of having a registered distress beacon and how they important they are when you have an emergency.

We are pleased that all five crew have been rescued and are now in the hands of the medical professionals.

Scots island library gets handed in book from 5,000 miles away