HISTORIC documents which reveal new details about Vancouver Island’s Scottish clan heritage have been published for the first time.

Two letters by Captain Walter Colquhoun Grant have been discovered by archivists at the National Records of Scotland.

The Scot was the first European not connected with the Hudson’s Bay Company to settle in British Columbia and is known for introducing cricket to the area. 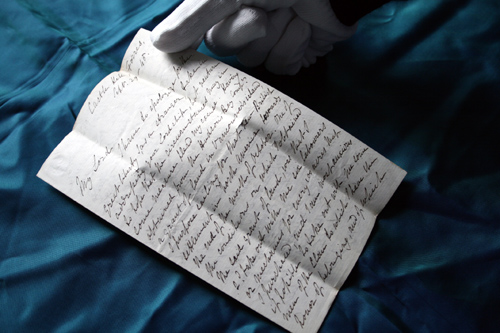 The letters were written in 1848 and 1849, shortly before Captain Grant left Scotland for Canada, to the hereditary chieftain of his Clan, Lord Seafield.

Captain Grant was seeking permission to drum up recruits from Lord Seafield’s staff in Strathspey for the new colony and to name his property on Vancouver Island ‘Mullachard’ after Lord Seafield’s estate in Scotland.

On a visit to the Legislative Assembly of British Columbia during Scotland Week 2012, Scottish Cabinet Secretary for Culture and External Affairs, Fiona Hyslop, will present a reproduction of the documents to Hon. Ida Chong, British Columbia’s Minister of Community, Sport and Cultural Development.

Ms Hyslop said: “Scotland and Canada share many deep and enduring connections. For generations Scots have ventured to Canada’s shores, playing an enormous part in building and making Canada what it is today.

“Today, more than five million Canadians proudly claim Scottish descent – many in British Columbia. These letters provide a fascinating insight into the earliest settlement of Vancouver Island by Scots, with Captain Grant and the clansmen who accompanied him having a profound and lasting impact on this region.”

British Columbia’s Minister of Community, Sport and Cultural Development Ida Chong said: “From Scottish-born Sir Donald Alexander Smith, who drove the last spike in the Canadian Pacific Railway in B.C.’s interior at Craigellachie, to James Dunsmuir, who served as British Columbia’s 14th premier and 8th lieutenant governor, Scots and people of Scottish heritage have helped shape the history of our province. This tradition continues today, as Scottish culture plays a proud and productive part in British Columbia’s diverse and dynamic multicultural mosaic.”

George MacKenzie, Keeper of the Records of Scotland, said: “These letters, preserved among Scotland’s national archives, show the vital role played by Scots in the development of western Canada and how they took symbols of their Scottish identity to their new home.  Archives give us an authentic link with the past, reminding us of the long and historic ties between our countries.”