AN ACADEMIC at the University of St Andrews has won a prestigious international prize for his essay on a forgotten Uruguayan thinker.

Dr Gustavo San Roman, Reader in Latin American Literature in at the University, has been announced as the winner of the International Essay Competition on José Enrique Rodó by a panel of judges. 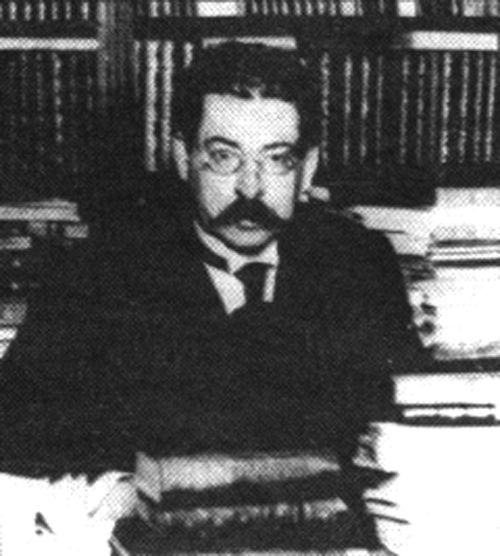 Dr San Roman, already a renowned scholar in the subject, entered his essay “The Influence and Current Relevance of the work of José Enrique Rodó” under a pseudonym according to the rules of the competition.

The prestigious judging panel included Dr Romeo Pérez Antón, President of the Latin American Centre of Human Economics and President of the Rodó Society, Montevideo;  Dr Belén Castro Morales, Professor of Spanish at the University of La Laguna, Spain, and the foremost editor of Rodó’s works;  and Dr Javier Carciadiego, President of the College of Mexico, Mexico City. The Prize was sponsored by a number of Latin American and Spanish cultural institutions.

The judges described Dr San Roman´s work as, “rich and bold in the ideas and information that it expounds.”

Dr San Roman said: “Rodó is forgotten in Uruguay today where, except for a few specialists and notwithstanding its established status as an official icon in monuments, stamps and bill notes, he isn´t read, and, unlike the situation in previous generations, is not studied in primary or secondary education. His name is mostly associated instead with an amusement park named after him in Montevideo.

“However, Rodó is among the major intellectuals of the region and is profoundly important to modern Uruguayan and Latin American studies, as he was one of the early voices to call for a Latin American identity that was distinct from that of the United States. His most famous essay, Ariel (1900), is a powerful and beautifully written statement of the Bolivarian ideal of a common road map for the “latin” nations of the subcontinent. ”

“Interestingly, his monument, in the park that bears his name, is a stone’s throw from the headquarters of Mercosur, the EU-like association of Latin American states. It is to be hoped that during their breaks some of these policy makers walk up to his image and draw inspiration from him.”

Dr San Roman is the Director of the Institute of European and Cultural Identity Studies (IECIS) at the University of St Andrews.

The Institute is dedicated to the study of national identity and culture in Europe, Latin America, French-speaking Africa and Britain among other countries world-wide.

Dr San Roman will be presented with the £5,000 prize by the Rodó Society in Montevideo, the capital of Uruguay, in July.

José Enrique Rodó (1871-1917) was an essayist and thinker from Uruguay and is considered the pre-eminent theorist of the modernista school of literature.

He called for the youth of Latin America not to look to North America for inspiration, but to preserve and promote their own culture.

He is most famous for his essay Ariel (1900), inspired by Shakespeare’s The Tempest, where Ariel represents the desired idealism of Latin America and Caliban the less desirable materialism which was beginning to be associated with North America.