Pittenweem say “no” to witch memorial

A SCOTTISH village has voted against creating the country’s first official memorial to witches tortured and killed by vengeful mobs.

The 1,600 citizens of Pitenweem in Fife, took part in a controversial referendum last month on whether they wanted a memorial and where it should be built.

But after the community delivered a 50-50 split result, the community council has decided they will not be supporting the monument. 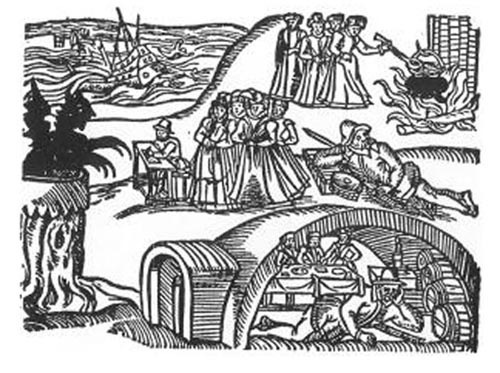 A leading supporter of the memorial has called the council’s decision “pathetic,” and described the vote result as a “complete joke”.

Sandy Guthrie, community council chairman, said: “The opinion in Pittenweem is completely divided half and half and so we are not supporting it.

“If there had been an overwhelming support then we would have gone ahead but as far as the council is concerned it will have to be done privately and without our support.

“I was expecting the vote to be quite divided, but as there was no positive reaction then we have gone down that road,” he added.

The local council had written to every adult in the community asking if they agreed in principle with the plan to build memorial.

The campaign to build the country’s first witch monument was spear-headed by local historian Leonard Low, author of the Weem Witch.

He said: “Even though I knew in my heart that it would fail, I am still very disappointed.

“The Pittenween community council say they are scared of getting a bad image, but they had the chance to put themselves on the map, as the place with the first official apology to witches in the UK.

“To say there was a 50-50 split is a complete joke. The decision will have come down to the church and they are not budging on it. I actually think it’s pathetic.

“In Salem they had the exact same scenario but the church backed a motion to build a memorial, and it has become a massive tourist attraction, bringing in millions of pounds a year.

“I have received a lot of support for the monument and even though it is very disappointing result, I think the fact that it came this far, after 300 years, and has got people talking, is a success,” he added.