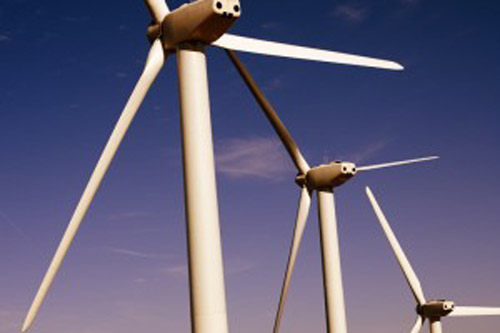 THE UK will need Scotland’s green energy to help keep its lights on whatever the constitutional future holds, Energy Minister Fergus Ewing today told the UK Parliament’s Committee on Energy and Climate Change.

Giving evidence to its inquiry into energy and climate change in an independent Scotland, Mr Ewing told the Committee that industry regulator Ofgem has shown household energy bills will be lower with more renewable energy than if we maintain the status quo.

Mr Ewing said that meeting Scotland’s target of 100% of electricity demand coming from renewables by 2020 will make up 30% of the UK Government’s renewable electricity requirements.

Last month, new figures showed that Scotland is ahead of schedule on its targets, with 35% of Scotland’s electricity needs coming from renewables in 2011, beating the interim target of 31 per cent.

Energy Minster Fergus Ewing said: “Renewable energy is vital to Scotland and to the rest of the UK. It is essential if we are to keep bills down for ordinary families, boost the economy and meet our climate change targets.

“The United Kingdom needs Scotland’s renewable energy whatever the constitutional future holds – and we will all be much poorer if we do not make the most of the renewable energy revolution.

“The job and investment opportunities that renewable energy provides to Scotland are too good to miss, with Gamesa recently deciding to invest in Edinburgh rather than Hartlepool, bringing around 800 new jobs to Scotland.

“And for consumers, Ofgem’s Project Discovery has shown that renewable energy will actually lead to cheaper energy in the future than carrying on with traditional energy sources.

“Scotland is already helping England to keep its lights on, exporting 20.8 per cent of our electricity in 2010 alone, and this number is set to rise as we approach our ambitious but achievable 2020 energy targets.

”Figures show bills for gas and electricity rose by 445 pounds between 2004 and 2010, and that two-thirds of this rise was the result of increases in wholesale costs – precisely why we need to invest in our own secure energy supply. Renewable incentives add only 15-20 pounds to annual household utility bills in Scotland – a valuable investment in keeping future bills down.”