A TOP SCOTS runner has revealed the secret to her success was being told that she was a “lost cause.”

Olympic hopeful Lynsey Sharp, 21, was written off by an influential figure in the athletics world after an injury resulted in her losing athletics funding.

But instead of giving up, the 800m runner used it as motivation and is now hoping to clinch a place in the 2012 Olympic squad as well as the Commonwealth games. 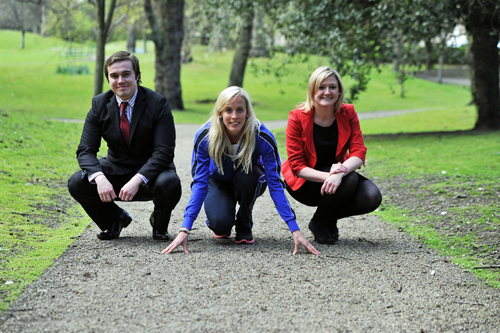 Giving a motivational speech to trainee solicitors this week, the final year law student said: “For an athlete, being injured is the worst thing that can happen. When I was out for almost a year it was made even worse because I also lost my UK Athletics funding.

“I was already down about that, when I was told by someone highly influential in the athletics world that I was a ‘lost cause’. I was hurt and angry, but I tried to turn it into a positive.”

She added that the harsh words have made her even more determined to succeed in her sporting career.

“I’m now more determined than ever. Standing on the podium at the 2014 Commonwealth Games would be the ideal way for me to show how far I have come since then.”

The elite runner’s dedication involves a strict diet, a seven day training regime, 8am starts and a ban on alcohol and late nights.

Now in her final year of a law degree at Napier University, Lynsey said that her dreams to win an Olympic medal help to keep her motivated while her friends are out partying.

“When I see friends out partying I have to stay focused.  That’s when I remind myself that I’ll have my whole life to party, but I’ve only got a few short years to achieve my sporting dream.

“I’ve already put in a decade of training and effort into my goal of winning international gold. That is usually motivation enough.”

Lynsey has been sponsored by Edinburgh law firm Balfour+Manson since she was just 11-years-old. 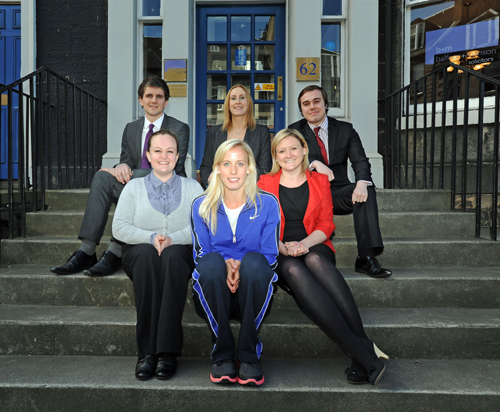 And as a thank you, she agreed to give a motivational speech to the firm’s trainee solicitors this week.

Pamela Lawson, one of the trainees, said: “Having completed my law degree a few years ago I remember the pressures and volume of the work involved. The fact Lynsey combines that with an international track career is amazing.

Balfour+Manson partner Andrew Gibb arranged for the firm to become the young athlete’s first sponsor in 2002.

He added: “I have known Lynsey since she was a little girl and even then it was apparent she was an exceptional character.

“We’re very grateful she spoke with our trainees because they clearly found it highly motivating, as did a number of our more senior staff! We are all willing her to further success.”

Lynsey, who won bronze in the 800m at the European Under-23 Championships in 2011, is training seven days a week in an effort to shave just three quarters of a second from her best time and so qualify for the 800m at the London Olympics.