PROVISIONAL statistics published today reveal that landings by Scottish fishermen last year were worth £500 million, 15% up on 2010.

The figures show that 358,000 tonnes of fish were landed by Scottish vessels with a value of £500 million.

The total value of fish landed by Scottish vessels in 2011 was £500 million, the highest value achieved in the last decade. The main reason for this is a 43% increase in the value of pelagic landings to £184 million in 2011. 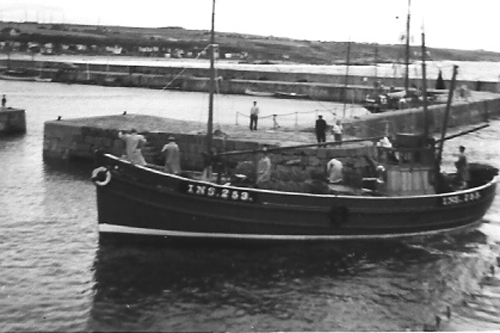 Scottish catch values were up 15% on the previous year  Photo:Christopher Gillan

There was a 6% increase in the value of shellfish to £164 million while the value of whitefish landings at £152 million remained the same as 2010.

Pelagic landings are dominated by mackerel, which saw a 44% increase in value in 2011. This stems from a 33% increase in the price obtained for mackerel combined with an eight per cent increase in volume.

Herring, the other key pelagic species, also experienced a marked increase in price in 2011, 61% higher than 2010 leading to a 46% increase in value, in spite of a decrease in the volume landed.

Welcoming the news, Fisheries Secretary Richard Lochhead said:“It’s encouraging that the value of the Scottish catch has hit the highest level in a decade, demonstrating that the seafood landed by our fishermen is increasingly sought after, with most prices on the up.

“The increase was driven by mackerel, with landings worth £164 million, while high prices for prawns saw their worth increase to £83 million. The value of whitefish landings – led by cod, haddock and monkfish – was generally stable year-on-year, while a modest reduction in fleet size reflects trends towards greater productivity and higher landings value per vessel.

“With mackerel accounting for nearly a third of the overall total, it underlines how important this stock is to Scotland. That’s why the EU must urgently progress plans for sanctions to address the reckless overfishing of mackerel by Iceland and the Faroes. Otherwise this valuable fishery may not be there in the years to come.

“In testing economic times, Scottish fisheries continue to perform well and are making an important economic contribution – including a major slice of the record increase in Scottish food and drink exports in 2011 – while also supporting the long term viability of our coastal communities.

“This success comes against the backdrop of a continued focus by Scottish fishermen on long-term stock conservation, so that catch levels can remain sustainable for the years to come.”

Although the value of whitefish landed by Scottish vessels was the same as in 2010, prices increased for all the main whitefish species, except for hake, ling and monkfish, where prices remained roughly stable.

A 5% decrease in the value of cod and haddock landings was observed in 2011, driven by decreases in the volume landed. However, these small decreases in value were offset by increased value of all the other main whitefish species.

A 16% decrease in the volume of Nephrops landed, was offset by a 30% increase in price.  Prices also increased markedly for scallop and squid, while for all the other main shellfish species prices remained roughly stable.

The value of scallops, the second most valuable shellfish, remained roughly stable despite the strong scallop price, due to a 13% decrease in landings.  One factor behind the decrease in the volume of scallops landed may have been the closure of Area VII to scallop fishing during October 2011.  In contrast, there was an 87%  increase in the volume of Queen scallops landed, with stable prices leading to an 88% increase in value.

The increase in the value of mackerel ensures mackerel remained the most valuable species to the Scottish fleet in 2011, at £163 million, while nephrops remains the second most valuable stock at £83 million.

The number of active fishing vessels based in Scotland was 2,096 at the end of 2011, representing a decrease of 54 vessels (3%) on the previous year and the lowest number in the past decade.

Since the end of 2010, the number of over 10m vessels has decreased by 39 vessels to 626 vessels. The demersal sector consists of 230 vessels, a decrease of 26 vessels, while the shellfish sector reduced by 13 vessels to 372 vessels. The pelagic sector, with 24 vessels, was unchanged compared to 2010.