AN ADVENTUROUS moggie fell 20ft drop into a basement – and survived without a scratch.

Rescuers are now looking to trace the owners of the lucky cat, who has since been named Barrie after the accountancy firm where he was found.

The black and white male was discovered by office workers in a building in Bathgate, West Lothian who spotted him stuck in a basement at the rear of Barrie Scott & Co. 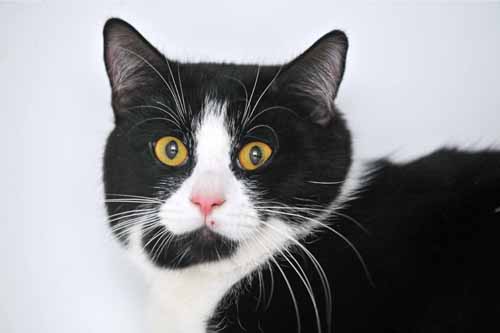 There was no access into the basement other than via a 20ft drop from street level, accessed via Marjoribanks Street.

Company director Alister McBride said: “When we saw it, it wasn’t moving and it was in the corner and we thought it had hurt its back or its legs so we called the Scottish SPCA.

“The girl went down a ladder to get him and she said she didn’t think he was injured. She said it showed house cat traits as it was tame but timid.

“I’m amused that they named it after the company.” 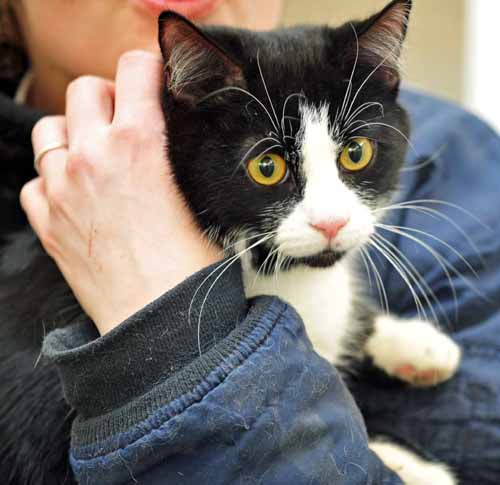 Rescuers believe he has been kept as a housecat  ©Deadline News

He is now recovering from his ordeal at the Scottish SPCA’s Edinburgh and Lothians Animal Rescue and Rehoming Centre.

Connie said, “I’m quite sure Barrie is a house cat as he was literally scared-stiff to be outdoors and didn’t move a muscle when I approached him.

“He’s been checked over and thankfully he has no injuries despite his fall.

“There are lots of flats in the area so it’s possible he has escaped from a balcony or window.

“Barrie’s in good condition and is very friendly towards people so he’s obviously someone’s pet.

“He’s around a year old and an entire male, which again would suggest he’s been kept indoors. Without a micro-chip or a collar we have no way of contacting his owner so we’re appealing for them to come forward and claim him back.”

Anyone who recognises Barrie, who has a distinguishing pattern on his back, is being asked to call the Scottish SPCA Animal Helpline on 03000 999 999.