MORE than £25,000 has been confiscated from two heroin dealers.

At Edinburgh Sheriff Court today, a Confiscation Order for £17,488.73 was made against Eric Gorman, 50. 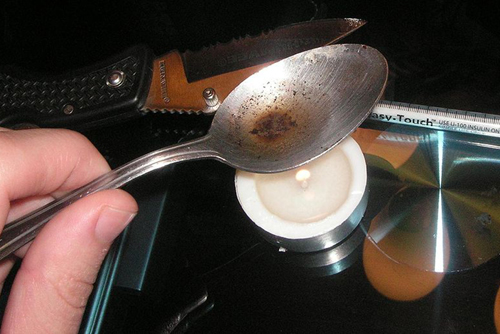 The police had received information that the accused was dealing controlled substances from his home address.

The property was searched and 8 ounces of heroin was recovered in the bedroom under the bed. The diamorphine had a street value of £22,000.

His total benefit from his criminal conduct was recorded by the court as £90,341.49 however today’s confiscation order represents the amount available to the Crown at this time

The criminal case took some time to conclude as Gorman failed to appear at the High Court on July 12, 2005 and a warrant was granted for his arrest.

Eric Gorman appeared on warrant on February 26, 2009 and was subsequently indicted.  On November 19, 2010 he was sentenced to 260 hours community service.

This follows the case against Stuart Graham, 50, who was subject of a confiscation order for £8,000 on April 16 at Kirkcaldy Sheriff Court, after pleading guilty on July 20, 2010 to being concerned in the supply of heroin.

This Order will result in the full recovery of Mr. Graham’s proceeds from criminal conduct.

The police received information that the accused was dealing in controlled substances.   His property was lawfully searched and 34.36 grams of heroin was recovered from the toilet bowl in the bathroom.  Cash to the value of £1,950 was also recovered from the property.

He was sentenced to 40 months imprisonment.

Lindsey Miller, Head of the Serious and Organised Crime Division (SOCD), said: “Drug dealing is classed as a ‘lifestyle offence’ under the Proceeds of Crime Act, which meant that the court could look at their income over the six years’ prior to arrest to assess the amount that could not be accounted for legitimately.

“If Mr Gorman obtains any cash or assets in the future the Crown can ask the court to recalculate the confiscation order up to the amount of the benefit recorded. The message is clear – we will pursue anyone who has made cash or assets through illegal activities, even if this means taking income made legitimately after the date of conviction.”

“The CashBack for Communities scheme allows us to reinvest money recovered from criminals back into our communities, and to repair some of the damage they have done. More than £44million has been invested this way already.”