A DOG has been stolen from outside a supermarket in Livingston.

The incident happened between 5pm and 5.30pm on Monday at the Morrisons store in Carmondean.

The black Staffordshire bull terrier bitch, which has a small white stripe on its chest, was taken from outside the supermarket while the owner was inside. 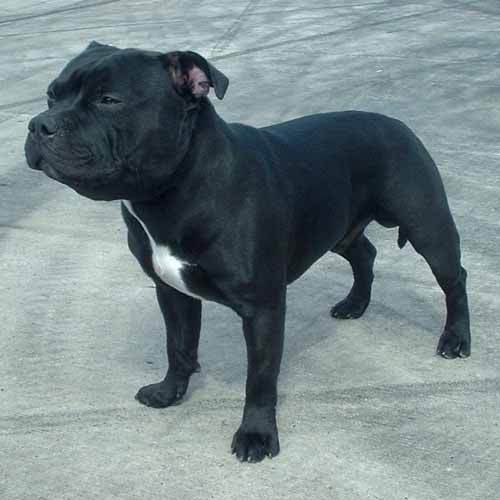 The black and white animal was taken while the owner shopped  File Phot0:Sannse

It was taken by a man who is described as white, in his 20s, and wearing a grey hooded top with blue writing.

A Lothian and Borders Police spokesman said: “The dog owner is obviously upset over what happened, and we are appealing for any information that can help us reunite her with her dog.

“Anyone who was in the area of Morrisons in Carmondean between 5pm and 5.30pm yesterday, who either saw the suspect take the dog away or who recognises his description, should contact police immediately.”

Shocking images show how thieves used a blowtorch to break into house before stealing £33.5k worth of vehicles