A PUB featured in the hit film Trainspotting has been gutted by fire.

The Volunteer Arms on Edinburgh’s Leith Walk went up in flames on Monday night.

Irvine Welsh, who wrote his most famous novel in 1993, frequently mentioned the pub in his writing. 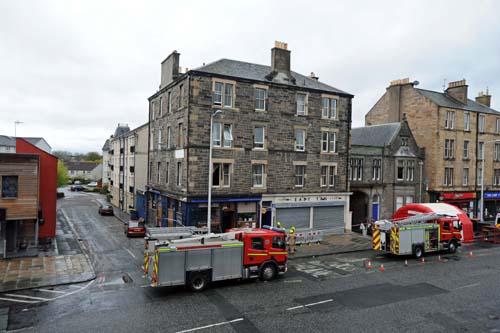 The bar, popularly known as The Volly, is where psychopath Begbie beats an innocent bystander with a cue after becoming frustrated during a pool game.

In the film Robert Carlyle’s character attacks another pub-goer after the “speccy wee gadge” distracts him from his winning shot by rustling a packet of crisps.

Although the scene between Begbie and Tommy, played by Kevin McKidd, was set in the Edinburgh pub it was filmed in a Glasgow pool hall. 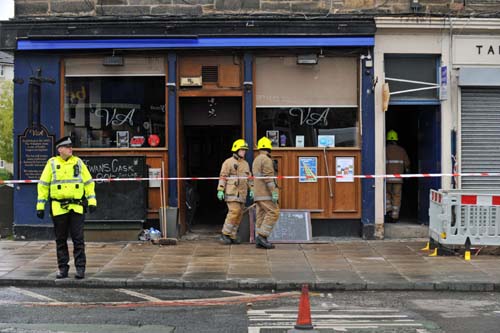 Around 50 firefighters were called to tackle the fire, which broke out in the basement at around 7pm.

Dozens of people fled the pub and the flats above as the “well developed” blaze took hold on two floors.

The Volunteer Arms, which first opened in 1856, was badly damaged by smoke and water and crews were forced use axes to gain hose access.

It’s not known how the fire started.

Local resident Peter Walker, 43, said: “Everyone has heard of The Volley in Leith. It was mentioned in Trainspotting and people came from all over the world to have a drink there and sample the craic.

“It’s going to hit a lot of the older punters hard.”