SPY cameras are being installed in all vehicles owned by a Scots council.

Scottish Borders is spending £90,000  to fit the cameras to all 540 cars, vans and lorries in its fleet.

They insist the cameras will be used to crack down on bogus insurance claims and not to snoop on staff or members of the public. 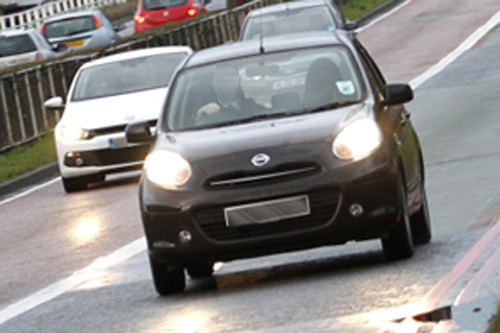 But the move has been condemned as “disgraceful” by taxpayers’ groups and civil rights campaigners.

It is understood that not even Scottish police forces fit cameras to all their vehicles as a matter of course.

It follows growing concern about the extent of surveillance by local authorities and follows today’s revelation that North Lanarkshire Council installed 190 CCTV cameras in just one housing scheme.

Scottish Borders has conducted a six-month experiment with spy cameras in 15 vehicles.

Asked what evidence the trial had produced for extending cameras to all vehicles, a council spokesman could not produced any detailed statistics.

He said: “There were quite a few incidents which we felt justified the use of cameras.

“There were several incidents involving our vehicles which we were able to prove we were not responsible for.”

John Martin, SBC’s fleet manager said that the surveillance scheme will be worth the costs if it can help clamp down on phoney insurance claims .

He said: “I can confirm SBC is installing Roadhawk camera systems in all new vehicles, but it is actually for accident recording and insurance purposes.

“We currently have 15 fitted to vehicles after six months of trials. The installation of these units, which cost around £166, has the full support of our insurance company.”

The camera on the DC-1 is fitted with a 3D sensor which measures G-force and can detect accident impact.

If the vehicle collides with something or breaks suddenly, the camera would save a 20 second video clip.

The SD card data storage could hold over 200 “events” recorded.

Mr Martin added: “We have been impressed with the performance of the Roadhawk and its contribution to our accident reduction scheme, providing visual support to back up our driver accident reports.”

“The Roadhawk system DC-1 system can also record audio, but this is limited to inside the vehicle cabin and we have opted to remove this option.

“Further installations will be undertaken, but only on new vehicles at this time, along with other devices, such as speed and engine rev limiters which will return an average of 20 per cent fuel savings and make an added contribution to safer driving.”

TaxpayerScotland however, condemned the move.

Robert Oxley said:“While Council chiefs will want to protect taxpayers against spurious insurance claims, using surveillance kit in every vehicle is using a sledgehammer to crack a nut. Scottish Borders Council has to find millions in saving so it needs to show that spending thousands on this latest gadget will actually save taxpayers’ money in the long run.”

A spokesman for No CCTV, an anti surveillance charity said the plans were disgraceful.

He said: “There is an obession with surveillance at the moment and it is disgraceful. The problem with tech like this is that it always goes beyond the original purporse. 50 years ago, people would have been horrified to hear this plan, the problem with our society is that we are just so used to being monitored all the time.

“It shows a complete lack of trust on the council’s behalf. They are treating their staff like criminals. These cameras should not be used and the cost of installing them will probably cost them more than the money they could save on insurance claims.

“Councils will happilly close schools and hospitals for the sake of installing ridiculous equipment like this.”

Yesterday,council officials in  North Lanarkshire revealed they have spent more than £250,000 on CCTV cameras at a housing scheme in Wishaw.

Over 190 cameras were installed to keep an eye on anti-social behaviour in the scheme, costing tax-payers hundreds of thousands of pounds.

The surveillance scheme means that there is one camera for every 14 residents living in the tough Gowkthrapple housing estate.

It was also revealed last summer that another Scots council paid private investigators £50,000 to spy on their staff to investigate fake injuries and gross misconduct.

Dundee council confirmed it had handed over a grand total of £51,819 to two firms of undercover agents, thought to be charging around £45 an hour plus expenses.

Rory Malone, secretary of the Dundee branch of the union Unison said at the time : “I’m totally against it. It’s like Big Brother.”