FORMER X Factor winner Steve Brookstein has been criticised for joking about unleashing a “Breivik Starter Kit” on music bosses.

The singer unleashed the tirade after becoming annoyed at the VH-1 music channel making fun of him.

He took to Twitter to complain: “Why do VH-1 keep having a dig at me? I’m gonna have to get my Breivik Starter Kit out and go down there.” 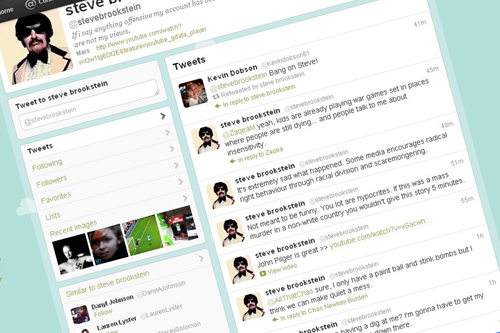 But users of the site turned on Brookstein, berating him for referencing the killer, who killed 77 people in a Norwegian massacre last year.

One user mocked the singer, whose last single failed to chart, implying his message was an attempt to get noticed.

Writing under the name @Yeloop, he said: “I don’t think that hateful tweet will get your name back in the papers. Nice try though, now- get back to those fries.”

While @frankietaggart simply said: “Oof! Too soon!” and @margojmilne branded him “Nasty and unfunny”.

But Brookstein remained unrepentant and hit back: “Not meant to be funny. You lot are hypocrites. If this was a mass murder in a non-white country you wouldn’t give this story 5 minutes” 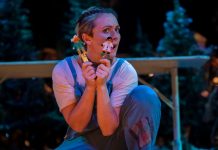