A PORTRAIT of a woman in a bikini made out of postcards of the Queen is set to be auctioned later this month.

It will form part of the Scottish Contemporary Sale at Lyon & Turnbull, which will be held on April 25. 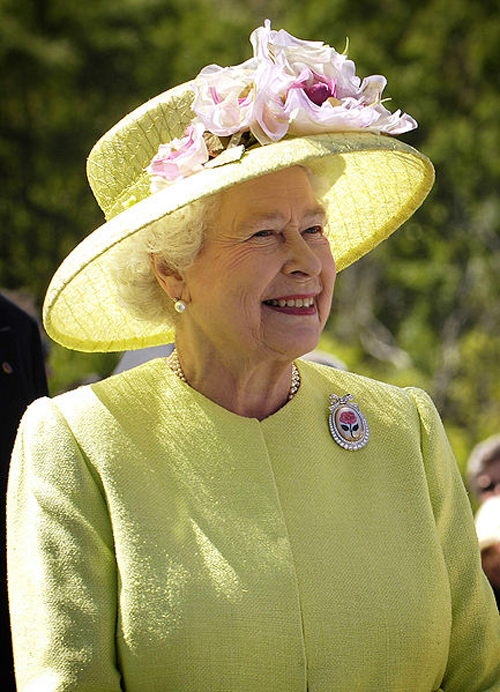 All the postcards in the image feature the Queen

Lyon & Turnbull’s Managing Director Nick Curnow said: “The contemporary market appears to be more than weathering the economic storm. Our last post-war and modern sale had a selling rate of 84 per cent by volume and 97 per cent by value. Successes in the sale included sales of paintings by Bellany and Byrne.

“Mach had a hugely successful solo exhibition at the City Art Centre during last year’s Edinburgh Festival and this picture is proving to be very popular with the viewing public.”

Mach’s artistic style is based on flowing assemblages of mass-produced found art objects. Typically these include magazines, vicious teddy bears, newspapers, car tyres, match sticks and coat hangers. Many of his installations are temporary and constructed in public spaces.

Following several shows and public installations, Mach was nominated for the Turner Prize in 1988. In 2000 he joined the Royal Academy of Arts as Professor of Sculpture.