THE SCOTS based writer of the Secret Diary of a Call Girl has revealed she has penned her last book about life as a hooker.

US author Brooke Magnanti turned to escort work to fund her science studies and caused a media frenzy sensation with the book she wrote about her secret double life.

At first, Magnanti remained anonymous and wrote under the name of Belle de Jour, but later revealed her identity in 2009 before moving to Scotland. 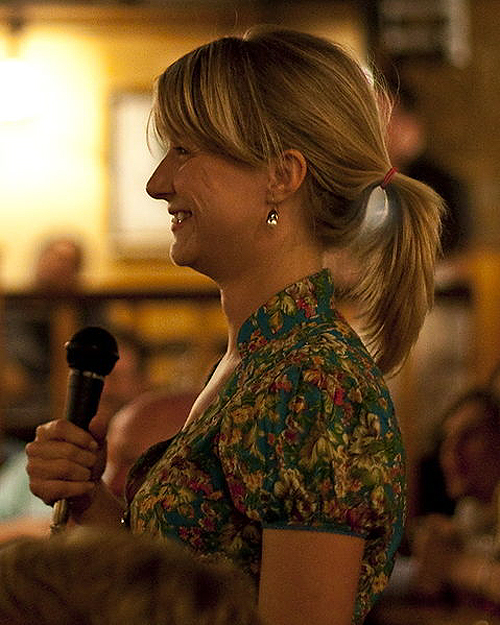 Brooke Magnanti said she will not write another book about her double life  Photo:Ultra7

The best-selling books and blogs were then turned into a TV series starring Billie Piper.

But now, the blonde author has revealed she has written her last book about her double-life as an escort.

She said: “After my identity was revealed, it didn’t seem likely I could ever write another book as Belle.

“Part of what people loved about the books was the mystery and once that had evaporated I had to ask myself whether people would really be bothered.

“They now know what she looks like and she’s just a quite normal average girl.

“I think the TV series also but Belle to bed for me. They picked it up and made it into a character.

“By the end, it had obviously diverged quite a lot from what I had written.

“But in a lot of ways, that’s a great thing because people can now differentiate between Belle the character and me.

“I can’t deny that the Belle du Jour books have been very good to me and I’m fortunate I can still write. I have nothing bad to say about the books or the show.

“It’s kind of had its run. I’m just grateful there are people interested in what I am writing about next.”

In Magnanti’s latest book, The Sex Myth: Why Everything We’re Told Is Wrong, she claims to shatter preconceived myths about the sex industry.

In the book, she argues that a lot of women chose to go into the sex industry, rather than becoming victim to it.

Florida-born Magnanti said: “There are lots of myths surrounding the sex industry.

“You have people with an agenda who are generally against sex works as they feel it is damaging to women.

“Then you have a lot of people with a religious agenda who feel it’s morally wrong and people who want to control things they don’t understand. I wanted to provide a counter-balance to that.”

Magnanti, now lives in Fort William with her husband who she met online.

The couple moved to the Highlands to escape the “hate mail” which Magnanti received after revealing her identity in 2009.