SCOTS folk legend Aly Bain has blasted his home council for failing to replace the Shetland’s only violin teacher.

The island’s school violin teacher retired last year and has not been replaced since.

Now Aly Bain, the famous fiddler said the fail will jeopardise future generations of talented musicians and will compromise the island’s heritage. 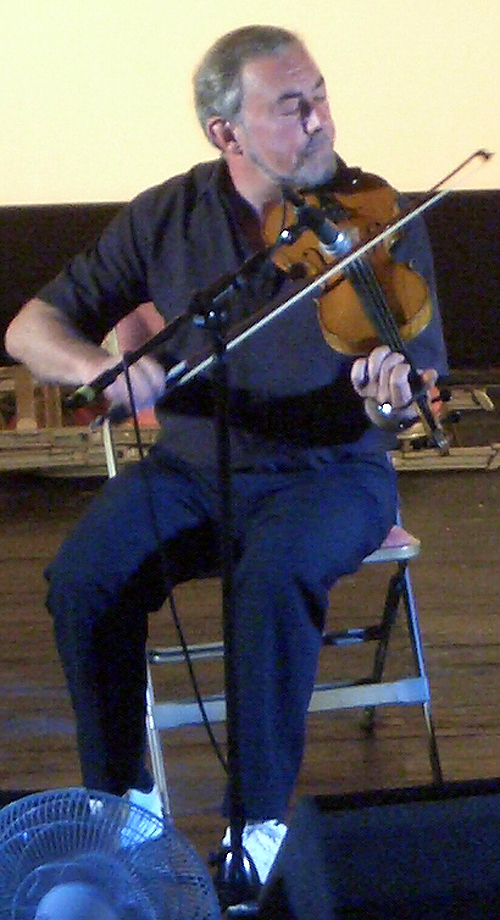 And the failure to replace him has now sparked an online protest from concerned parents.

More than 200 pupils – a third of the children on the island- were learning how to play the fiddle under Mr Gifford’s tuition.

But Bain fears that the failure to hire a replacement will have serious repercussions for the island’s musical future.

The fiddle player who tours with world-class accordion player Phil Cunningham, said: “If you take away from the grass roots level then where does that leave future generations? I know there are cutbacks in Shetland as with everywhere else, but what we are talking about here is not horrendously expensive.

“You are talking about the island’s musical heritage. Musicians from Shetland help promote the islands world-wide.”

Bain fears that talented musicians from the Shetlands including Catriona MacDonald, and Christopher Stout and the group Fiddlers’ Bid could be the last of their kind if the Shetlands Islands Council does not hire a new teacher.

He said: “It would not surprise me if Shetland has more professional musicians on the road per head of population than anywhere else. That is all down to people like Alan Gifford, a very talented teacher.

“A huge number of tourists come toScotlandbecause of its music. I think a recent survey said this was second only to people looking at their ancestry.”

Angry parents whose children have not been taught since Christmas took to the internet to voice their concerns.

Ann Shuard said: “Shetland council what are you playing at? Shetland is known for worldwide for the talented fiddle players. Tourists go to Shetland from around the world to hear the music. To stop the young from being able to continue their lesson in music is shooting yourselves in the foot.”

One parent Gideon Johnston, whose 11-year-old daughter lost her tuition said: “My lassie has had no lessons since before Christmas. It’s something that’s always been, always should be. The council are not trying hard enough. If it goes on any longer she’ll lose interest. It will be a year by the time they decide anything.”

Jerry Edwards, the schools service quality improvement officer, said the post of violin tutor was advertised but only one person applied.

The applicant failed to get the job.

Mr Edwards added that no appointment would be made so close to the local council elections next month and it would now be up to the new council to decide on budget priorities.

He said: “It wouldn’t be right to start children now with a new tutor who might be made redundant.”