Scots links with China grow with state visit next week

Scotland’s links with China continue to go from strength to strength with the visit of Shandong’s Vice Governor Jia and his delegation next week.

During their time in Scotland, Vice Governor Jia and his delegation will meet with Environment Minister Stewart Stevenson and visit the Scottish Agricultural College and the Roslin Institute to learn more about Scotland’s expertise in agricultural research.

The visit to Scotland follows the First Minister’s successful trade and cultural mission to China last December during which he signed an innovation focused Memorandum of Understanding with the Governor of Shandong. 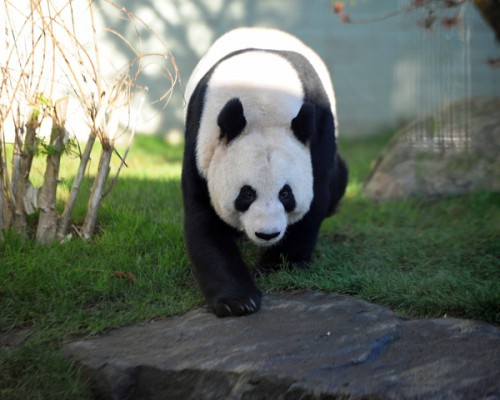 Tian Tian came to Edinburgh Zoo from China this year

China is a key emerging market for Scotland.

Salmon exports to China from January to November last year were worth £21.4 million and Scotch Whisky exports – up 15 per cent on the previous year – were worth £60.1 million in the same period.

Mr Stevenson said:“Scotland’s relationship with China continues to go from strength to strength. Vice Governor Jia’s visit to Scotland, which comes just months after the First Minister’s visit to China, highlights the genuine interest in enriching and developing our relationship.

“Chinais a key market forScotlandand our commitment to the relationship is justified by results. We now have an export health certificate which allows direct exports of Scottish salmon to China, helping Scottish salmon producers secure major sales to the nation. And Scotch whisky sales toChinahave soared following the granting of legal status for Scottish whisky in 2010.

“Shandong is the second most populated province inChinawith 95 million people and its economy is growing rapidly – that is why it is so important that we continue to build strong links with the province.

“Already experts from Scotland’s world-leading wave and tidal testing hub the European Marine Energy Centre (EMEC) are collaborating with their marine energy counterparts from the Ocean University of China (OUC) inShandongProvince– and there is huge potential for more joint working across many sectors.

“The Scottish Agricultural College and the Roslin Institute Scotland’s will showcase Scotland’s our expertise in agricultural research to the Chinese delegation.

“And in this Olympic year, we will also discuss how to celebrate the life of one of Scotland and China’s national hero’s – Olympic athlete Eric Liddell – who himself had a great love for China and strong links with Shandong.”