HUMBLE SCOTS have listed a warm home and good health as the key to happiness, ahead of having a bulging bank balance.

Nearly 3000 Scots agreed that wealth and success is not as important as living in a clean and friendly neighbourhood with a clean bill of health.

The research carried out by Oxfam Scotland revealed that domestic security topped the list for priorities in life. 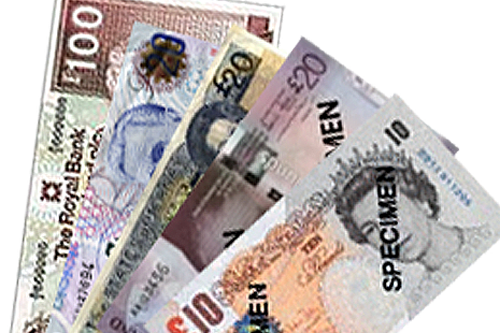 Job satisfaction was ranked joint third in the list of life priorities, as well as having a good relationship.

People ranked safety, green spaces and having secure and suitable work as fourth on the list.

Meanwhile, wealth only came fifth on the list, while education, good facilities and transport came sixth.

The research was carried out for the Oxfam Humankind Index for Scotland– a new measure of the country’s collective prosperity.

The charity claim the index will be more useful than Gross Domestic Product to quantify prosperity.

“Scotland is one of the wealthiest countries in the world, but the majority of Scots don’t get a fair share.

“Measures like GDP are part of a failed economic model. They don’t look at people’s real priorities: things like the quality of their local environment or how good their relationships are with friends and family.

“Our research shows that most Scots aren’t interested in huge amounts of money – they just want enough to provide for their families and feel secure. Our economy shouldn’t just be about meeting the needs of everyone inScotland.”

As part of the survey, people who are not normally included in market research such as those travelling to rural areas and disadvantaged communities were asked to participate.

Younger and older people and faith groups were also included in the survey.

“GDP is ultimately an economist’s definition of economic growth,” he said.

“It equals consumer spending, business investment, government spending and exports. It doesn’t just have to be those four parameters, it can be whatever you want it to be, and I think that within that list you should be including levels of health and levels of employment.”

But Douglas Adams, economic adviser at Ernst and Young’s forecasting unit, the Scottish Item Club, said that economic growth is still as important as the simple priorities in life.

“Growth gives us opportunity to get the things that we want, like better homes and better health services, so they are linked in that way.

“If we had better growth in theUKjust now, there wouldn’t be the pressure there currently is on NHS budgets, and that links back to how people feel about their own family security.”

Scotland “most attractive” location for investors in UK outside London