BOSSES at one of the UK’s biggest power firms have been left red-faced after a spelling mistake appeared on one of their vans.

A British Gas vehicle was spotted with the name of the country they serve written as “Brittish”.

The company livery included the mistake in a web address emblazoned on the rear of the Volkswagen van. 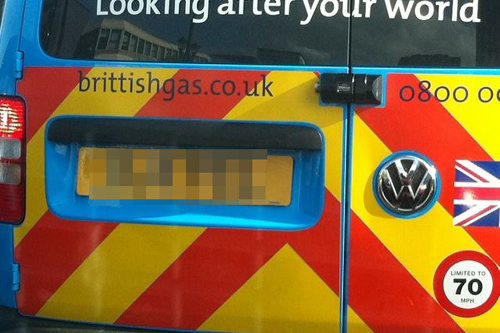 The embarrassing mistake is believed to have been spotted in Newcastle and was highlighted by a bemused Twitter user.

@MrSteveDrayton wrote: “Looking after our spelling, thanks British Gas #plonkers” before adding a photo of the mistake.

The company is now fixing the error before putting the vehicle back on the road.

A representative of the company tweeted: “@MrSteveDrayton Thank you for tweeting a picture of our van – oops! We’re getting it fixed now. Appreciate the tip off. Have a good weekend.”