EDINBURGH’S Lord Provost has written to the Burmese opposition leader Aung San Suu Kyi to invite her to visit Scotland’s Capital city as part of her stay in Britain this June.

Daw Aung San Suu Kyi was awarded the Freedom of the City of Edinburgh (in absentia) in June 2005.

In his letter, Lord Provost George Grubb, expresses the hope that this hugely important accolade could soon be presented to Daw Aung San Suu Kyi in person. 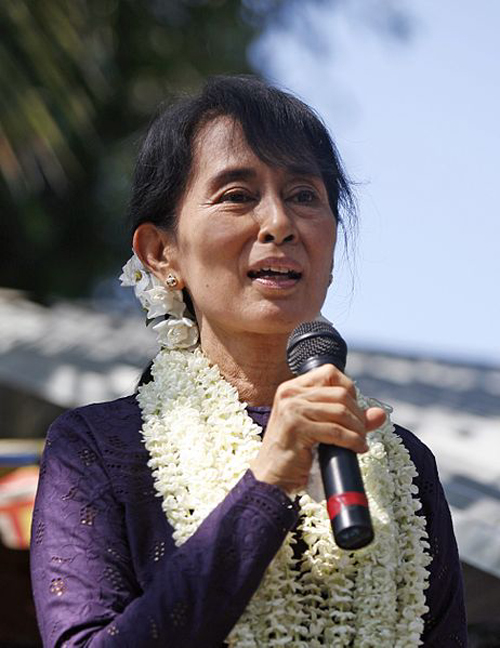 The Lord Provost wrote to the Burmese opposition leader  Photo:Paris 16

The Lord Provost wrote: “The City of Edinburgh Council congratulates you on your election to the Burmese Parliament and is delighted to hear that you are considering a visit Norway and Britain in June this year.

“On behalf of the Council, I wish to extend a very warm invitation to you to visit Edinburgh as part of your visit.

“On 18 June 2005, The City of Edinburgh Council conferred on you, in absentia, the Freedom of the City of Edinburgh, in recognition of your personal courage and relentless pursuit of democratic justice through non-violent means.  The Council has supported the struggle for liberty in Burma and the campaign for your release and the many political prisoners who remain in detention.

“To honour your 60th birthday the Council planted a magnolia tree in Princes Street Gardens as a symbol of hope for peace and growth, and a new beginning.  The following year, the Council commissioned a portrait of your image for Edinburgh’s permanent art collection.  Created by artist David Mach, the picture is a collage made from thousands of picture post cards of Burmese political prisoners.  It is currently displayed in the Council Headquarters as a reminder of the courage and great personal sacrifice of so many in the pursuit of human rights, and the ongoing struggle for democracy.

“We have hoped for a very long time that one day Edinburgh will have the pleasure of welcoming you to Scotland’s capital city, and that you will share with us your continuing aspirations for the future of Burma and its people.  Despite relentless house arrest, deprived of freedom of speech and democratic representation, your voice has continued to strike a chord with people and countries all over the world and we hope now to confer on you, in person, our gift of the Freedom of the City of Edinburgh.”