Young Scot, the national youth information and citizenship agency and Scottish Natural Heritage (SNH), the national body that looks after all of Scotland’s nature and landscapes, have teamed for the campaign, which hopes to inspire local people to make more use of a series of green places in cities, taking in parks, woodland, waterways and miles of paths.

More than 93% of 11-17 year olds in Scotland say they enjoy spending their free time outdoors, with 69% stating they would like to spend more time outdoors. 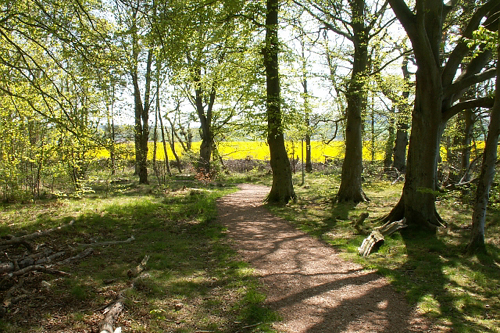 The research findings challenge the perception that all young people spend most of their time indoors, playing computer games and watching TV.

Peter Rawcliffe, SNH People & Places unit manager, said, “It may seem like young people are glued to their mobiles and computers nowadays, but in fact we found that 84% of young people spend time outdoors every week, and about 70% would like to spend more time outdoors.

“They enjoy doing lots of different activities – from taking the dog for a walk to playing sports to mountain biking or camping – but they also value simply taking time out to relax ‘away from it all.’ The social side of being outdoors is really important to them as well. So this project will be a great way to share online information for young people by young people, getting them outdoors more often.”

Louise Macdonald, Chief Executive, Young Scot, said, “Young Scot is delighted to have teamed up with SNH to promote Scotland’s amazing outdoors to young people.   The campaign is an excellent opportunity to connect and inspire young Scots to explore the huge variety of green opportunities and experiences that are available right across the country.

“Being outside and enjoying the outdoors, is not only beneficial for young people’s physical health, but it can be also a great stress buster and relaxing activity, which can help improve young people’s overall well-being.”

The campaign was launched by Cat Cubie, Television Presenter and weather reporter.

She said: “”Exploring our great outdoors is one of my favourite things to do. It’s so easy to pop a pair of trainers or boots on and go for a wee adventure, without even leaving your own neighbourhood.

“I’m delighted to be supporting the Simple Pleasures campaign as I think it’s brilliant to be encouraging young folk to get out and about and enjoy everything our beautiful country has to offer.

“Going for a wander in your local area is perfect, not only if you want to explore and learn about nature, but equally if you fancy something fun to do with mates, want a little exercise or perhaps just need somewhere refreshing to think.”