THE Crown Estate has announced three further agreements for lease for wave and tidal energy projects.

The sites result from the third application window in the leasing process for projects in connection with the Scottish Government’s Saltire Prize (in Scottish waters) and demonstration projects (all around the UK), which opened in October 2011.

Voith Hydro Wavegen has secured an agreement for lease for its Siadar project in the Western Isles, while Tidal Energy and Pulse Tidal have been awarded rights to develop sites off St David’s Head in Pembrokeshire and Lynmouth in Devon, respectively. 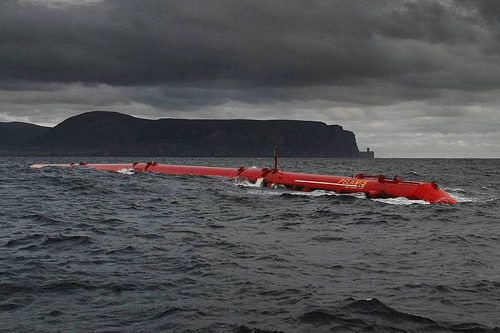 The agreements enable the companies to proceed further in development, consulting local stakeholders and preparing applications to obtain consents from Marine Scotland or the Marine Management Organisation.  If consents are granted, The Crown Estate will turn the agreements into full leases for construction and operation.

Also announced were two updates to the leasing process, which will apply to the fourth application window which opens on 27 April 2012.

Following a review of the Pentland Firth strategic area, additional parts of the Pentland Firth and Orkney waters are now open to applications, as part of the Saltire Prize and demonstration project process.  The Crown Estate undertook the review in collaboration with Marine Scotland, Orkney Islands Council and other bodies.

In addition, leases for wave and tidal test facilities, which provide infrastructure and services to technology development companies, can now be applied for through the leasing process.  This will enable new facilities to be progressed, in addition to existing ones at the European Marine Energy Centre, Wave Hub and FaBTest.

Paul Catterall, wave and tidal development manager for The Crown Estate, said: “We are delighted to conclude negotiations on these new projects, which take the total number under development around the UK to 36.

“Interest in wave and tidal energy is now evident across the whole of the UK, with the Northern Ireland tidal leasing round continuing to run in parallel with developments in Scotland, Wales and England.

“Updates to the leasing process should lead to further projects emerging, and we look forward to consulting the industry later this year on our future approach to leasing wave and tidal sites, as we continue to help the industry grow.”