Atheist scouts told to “keep quiet” or lie about their beliefs

ATHEIST Scots youngsters are being told to “keep quiet” or lie about their beliefs in order to join the Scouts.

Droves of non-believers are signing up to local scouting groups across the country, despite having to pledge their allegiance to god.

Pledging to do your duty to god and queen are currently key requirements for all members of the Scouts, with a review on the wording currently under way. 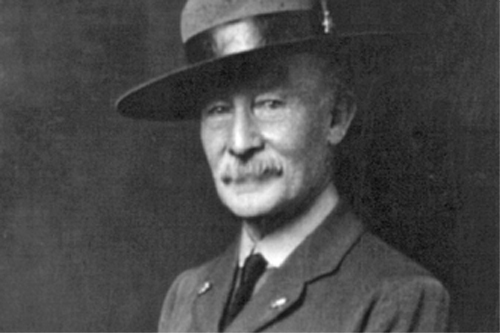 Robert Baden-Powell started the scouts in 1907.

Several humanists have admitted their children are in the Scouts, prompting calls for the Scout Association (SA) to adopt a more inclusive oath for atheists – as well as republicans.

Last week a mother from Thurso, Caithness, revealed her atheist son had been allowed to pledge allegiance to “my god” when he took his oath, revealing her son’s “god” was in fact Slash, rock guitarist from Guns N’ Roses.

A humanist parent from Aberdeenshire, who is the secretary of her local Scout troop, said her 12-year-old son swore the religious oath so he could join up with his friends, despite not believing in god.

She said he would retire from Scouts at 14 instead of taking the oath again in order to join Explorer Scouts.

The mother, who wished to remain anonymous, added: “It makes a mockery of the oath. He does not believe in God and realises that as a consequence he may not be able to stay in the Scouts unless he lies.”

The SA, which has more than 525,000 members in Britain does not officially accept atheists into its ranks.

Despite its refusal it is believed there are a significant number of non-believers in its ranks.

Last week, Graham Haddock, the movement’s chief commissioner in Scotland, said the organisation, is taking a “hard look” at the oath amid growing pressure from parents.

Mr Haddock, a paediatric surgeon at the Glasgow children’s hospital, said: “We are currently in the throes of a review. The first stage is complete and the issue for next summer is pretty much the oath — what we call the promise. It’s being considered at the present time.”

A recent survey conducted by The Humanist Society Scotland conducted a review of members on the issue and was told by one celebrant, whose husband was forced to resign from the Scouts as district commissioner, that “people are actively encourages to just ‘keep quiet’ about their beliefs in order to get in.”

A spokesman for the SA said: “Young people will not be refused membership solely because of their parents’ beliefs or non-beliefs.

“Furthermore, scouting accepts that as they grow into independent adults, some young people may question or doubt the existence of God as they develop their personal spiritual understanding. Scouting believes that young people going through this process should be able to become or remain Scouts.”