A “Greedy” Scottish university is offering more places to English students than Scots for the first time in its history.

The prestigious Edinburgh University has been accused of treating English students like “cash cows” after charging £36,000 for a four-year degree – more expensive than England’s most elite institutions.

The university, whose alumni include Gordon Brown, Robert Louis Stevenson and actor Robbie Coltraine, was heavily criticised last year when it announced it intended to set the maximum fee of £9,000 a year for its  degrees. 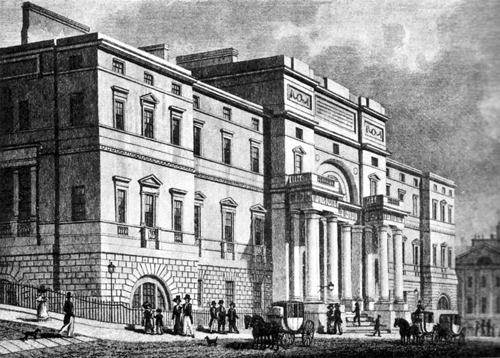 England’s top universities will charge an annual £9,000 for a typical three-year-course.

Shocking stats have revealed that Edinburgh University will offer 4,996 places to students in England this year, compared with 4,782 to Scottish applicants.

The National Union of Students (NUS) claimed the decision by the university was evidence of it “shamefully” putting profit before the interest of its students.

Graeme Kirkpatrick, the union’s Scottish deputy president, added: “In its first year of charging the most money for a degree in the entire UK, Edinburgh risks doing huge damage to its reputation by providing a greater number of offers to students domiciled in England than Scotland.

“There is simply no need for it to be so greedy and chase the students with the highest price tag, given the record levels of public investment being put into Scottish universities.”

The Scottish Government was criticised last year after announcing it would continue to offer free education to Scottish and EU students, but allow universities to charge up to £9,000 a year to those from the rest of the UK.

Holyrood will pay out as little as £5,278 a year for Scottish undergraduates, meaning those universities charging £9,000 fees will receive nearly £4,000 more for an English rather than Scottish student.

Official stats show that English applications to study in Scotland are down by 5.6% this year.

Glasgow University, which charges an annual fee of £6,750 for undergraduate courses, has 3,233 places for the rest of the UK, up from 2,920 last year.

At Edinburgh, 4996 English applications had been offered places by April 1, more than double last year’s figure of 2,084.

Richard Cairns, head master of Brighton College in Sussex, said his pupils had not been put off Scottish universities, despite the fee increase. “The extra £9,000 for a very good university in Scotland is not that much over a working life,” he said.

Bahram Bekhradnia, director of the Higher Education Policy Institute, said: “An English student is now becoming as attractive as an overseas student in financial terms for Scottish universities. This is an interesting phenomenon.”