Known as The Kilmarnock Edition it is one of only twelve copies still in private hands .

The book was bought from Lyon & Turnbull auctioneers by an unnamed Scottish institution. 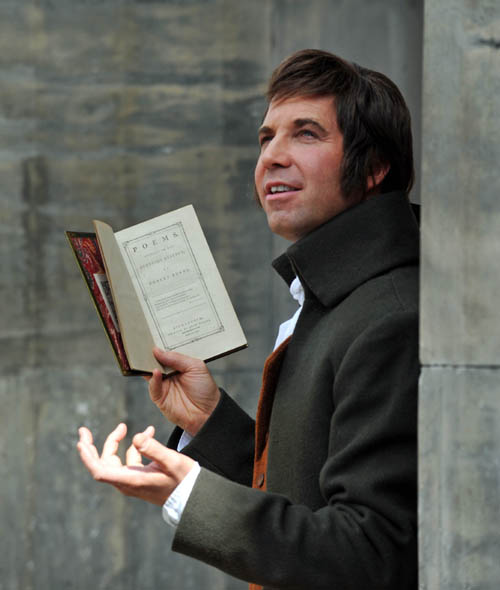 A representative, who wishes to remain anonymous, said “This book is the most important work in Scottish literature. We have bought it not only as an investment for the future, but will make it available to any organisation or person who may wish to see it. I am happy it will be staying in Scotland and in particular it shall remain in our offices in Edinburgh.”

It was only the suggestion of a local lawyer, Gavin Hamilton, that he could finance his voyage to Jamaica by publishing some of his poems,that led to him approaching a local printer, John Wilson, in Kilmarnock.

But whereas Scott and R.L. Stevenson are famous for a dozen works or more, Burns’s reputation the world over rests on a single volume and it nearly never saw the light of day.”

Wilson published a slim volume of poetry under the unassuming title Poems, Chiefly in the Scottish dialect, on July 31, 1786 and Scottish literary history came of age.

Selling for three shillings the entire print-run of 612 copies sold out within a month, justifying Burns’s belief in his abilities and the merit of his poems.

Other Burns items in the sale included an autographed and signed letter, apparently unpublished, from Burns’s lover, Agnes M’Lehose, known by Burns’s epithet ‘Clarinda’, which sold for £7,500.