ARTHUR Watson has been elected as the new president of the Royal Scottish Academy of Art & Architecture.

Arthur, a senior lecturer and director of the Fine Art programme at Duncan of Jordanstone College of Art and Design (DJCAD), is a major figure in the Scottish art world.

He is a distinguished artist whose work has been widely shown across the globe. Much of his distinguished academic career has been spent at DJCAD, part of the University of Dundee, where he has played an important role in fine art research development. 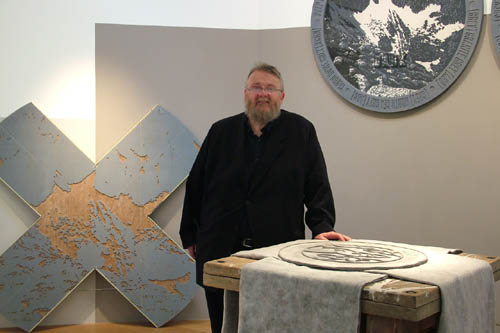 Arthur Watson is a distinguished artist

Arthur has also been a visiting lecturer, assessor and advisor at many institutions in Scotland and overseas, and was the founder and Artistic Director of Peacock Printmakers in Aberdeen. As a master-printer, he has worked with many of the most significant contemporary artists from the UK and abroad.

“It is, of course, a great honour to be elected President of the RSA,” said Arthur.

“The academy in the 19th century had a teaching role that predated the founding of our art colleges, and our support for recent graduates, artists and architects continues through bursaries, scholarships and funded residencies.

“This is most visible through the RSA New Contemporaries exhibition and publication, which is the largest and most prestigious survey of recent graduates in the UK.”

He has made a significant contribution to the development of the exhibition programmes at the Academy, and has also served on the boards of several arts organisations including the Demarco European Art Foundation, and was a special advisor to the Director of the Edinburgh International Festival.

He is currently on the boards of WASPS (Workshop and Studio Provision, Scotland) and the Pier Arts Centre Orkney. Recent projects include site-specific works in the Cairngorms and Skye, with Will Maclean RSA, and installations in Chicago, Venice and Nagoya.

The RSA aims to uphold the best practice in contemporary Scottish art and architecture, maintain a collection, archive and library relevant to the history and activities of the Academy, support emerging artists and architects, and inform national debates on a range of visual, cultural and educational issues.

Arthur Watson becomes the 21st President of the Academy, and takes up the role following the death of Professor Bill Scott, the previous holder of the office. He will continue to balance his work with the RSA with his research and teaching work at DJCAD.