A SCOTS soldier has been arrested in connection with the death of a Black Watch comrade in Germany almost a year ago.

The soldier, also a member of 3 Scots, the Black Watch, was arrested on suspicion of the manslaughter of Private Mark Connolly.

The 24-year-old from Fife died following an alleged bar brawl believed to be about a mobile phone in Paderborn on May 14 last year. 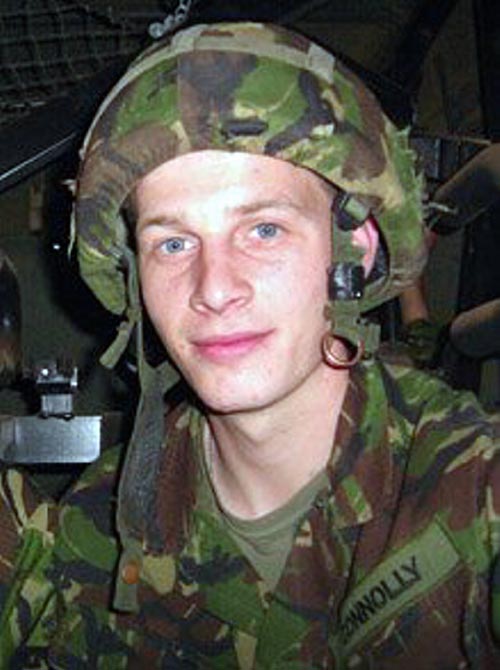 It can also be revealed today that Private Connolly’s body remains in a London mortuary almost a year after his death.

The tragic soldier’s widow is locked in a dispute with his mother over where to bury the body.

It is understood the arrest was made at the end of April, just two weeks after the Black Watch returned from Afghanistan.

The soldier, who has not been named, is thought to have been arrested by members of the Royal Military Police (RMP) at the unit’s base at Fort George, near Inverness.

A preliminary hearing was then held at the Army’s Catterick garrison in North Yorkshire.

The soldier could now face a court martial at the base.

Private Connolly had previously survived a bomb blast in Afghanistan in 2009 which killed one of his close friends and wrecked the vehicle he was in. 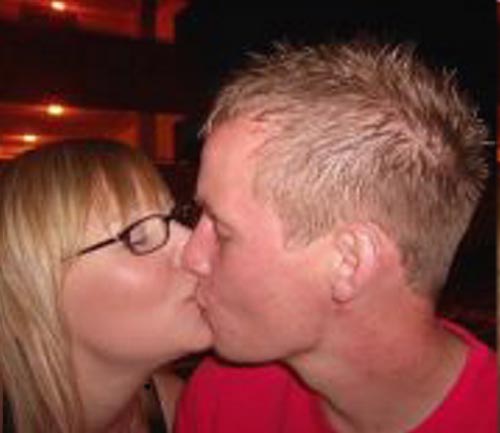 Mark with his wife Stacy Connolly

Mrs McComiskie wants her son laid to rest in the family lair near his hometown of Methil in Fife, but his wife wants to bury him near their home in Forfar, Angus.

Mrs McComiskie said today: “It’s nearly a year, and for my son having to wait all this time is ridiculous.

“Mark would of been buried last June.

“It hurts me, that his widow has allowed this to happen.”

She added: “I hate her so much – she has no right to do this to my son.

“Me, I am thinking of my son Mark and what he wanted, she can’t even give him his last farewell wish.

“I have been depressed, and I cannot get on with my own life at present .

“His widow has slated me in the papers things that are not true and I intend to take her to court once I get my boy laid to rest.

“I will fight this, as I’m doing what my boy wants not what his widow wants.” 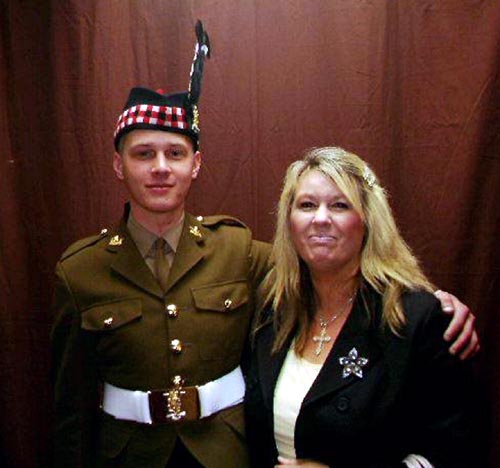 Mrs Connolly previously claimed she was the victim of an internet hate campaign orchestrated by Mrs McComiskie.

She alleges Mrs McComiskie posted a message online saying: “If Mark were alive today, he would get a divorce.”

Mrs Connolly claimed last year: “His mum doesn’t understand how much we loved each other. He wanted to be buried in Forfar so we could be together.”

“I suffered a miscarriage before we got married and lost the baby we would have loved and cherished.

“I’ve been left with nothing.

“Now I don’t even have my husband’s body to bury with dignity.

“As his wife and next of kin, surely I have the right to have my husband buried.”

An Army spokeswoman confirmed that Private Connolly’s body was still being kept in London due to the dispute.

The spokeswoman added: “A serving soldier was arrested on suspicion on manslaughter.”