THIEVES ripped up floorboards to steal a golf club safe – and then stole the CCTV which had caught them in the act.

Police believe a gang is behind the act, which will cost the golf club hundreds of pounds to repair.

A groundsman discovered the damage when he arrived at Dundas Park Golf Club, near South Queensferry, at 6am on Thursday morning. 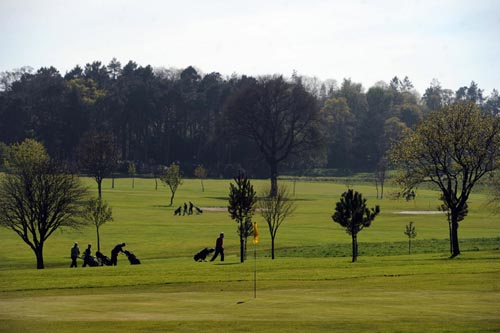 Jimmy Wood, who manages the nine-hole course, said: “they forced their way through the patio doors to get into the clubhouse then went into the office and dug up to floorboards to release the safe and took it away.

“There’s no way two people could have lifted it and taken it 50 metres back through the clubhouse. More people had to be involved. The break-in could not have taken place until 9pm because we still had golfers on the course till then. It was discovered by our greenkeeper when he came in at 6am.”

Mr Wood believes the gang had “inside information” which allowed them to target specific areas of the club. 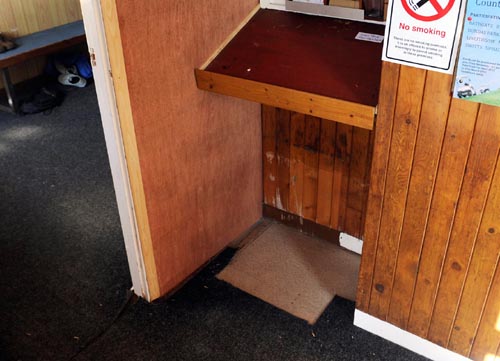 They damaged the floow while ripping out the safe

He said: “They broke into the portable building where the CCTV recorder was kept and took that. They obviously knew what they were doing because the cables leading to the recorder were under ground.

“The safe had a few hundred pounds in it. It will also cost us £400 or £500 to buy a new safe and we’ve had a joiner in to repair the floorboards.”

Lothian and Borders police believe the raid was carried out by a gang which targeted other properties in the same area on the same night. 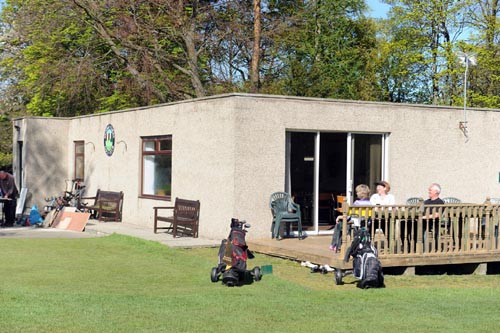 Thieves made off with jewellery in a housebreaking in South Queensferry but break-ins at a trio of addresses in Linlithgow, West Lothian saw them leave empty handed.

At another house in the Baillielands area of town, two suspects were frightened off by residents after they attempted to break down a back door.

Detective Sergeant Nick Brookfield said: “Two men tried to force entry to the rear of a property in Baillielands but were disturbed by the two occupiers.The only description is that they were probably aged between 18 and 25.

“Given the time of night, the suspects probably believed no one was home at the time. We believe these break-ins are linked because of the similarities in the ways the properties were targeted.”