A QUICK-thinking five-year-old saved his great-grandmother from drowning after she fainted in the bath.

Jack Meade was changing out of his school uniform last week when he heard a strange “gurgling sound” coming from the bathroom.

The 5-year-old rushed into the bathroom to find his great-grandmother Harriet Blair had fainted and was slipping under water. 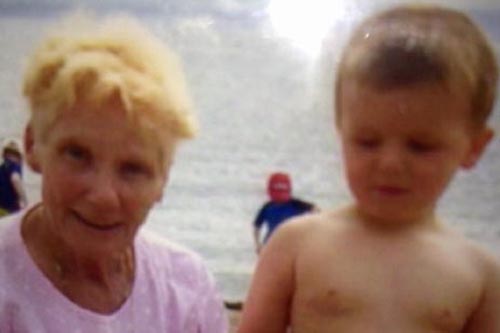 Jack pictured with his great-grandmother Harriet at the beach

The brave tot rushed to Harriet’s side and pulled her head from under the water, before frantically calling for his mum’s help.

Jack’s mum Alisa Prentice said: “If Jack hadn’t been upstairs changing at the time, my gran wouldn’t be alive today. I’m so proud of him. He’s our little hero.

Mum-of-two Alisa, 27, was downstairs with her 17-month-old boy Blair at the time of the accident.

Harriet had been staying with the family, who live in Grangemouth, Stirlingshire, while her bathroom was getting renovated.

The 73-year-old had been diagnosed with a urine infection earlier in the day and was given medication by doctors before returning home to draw a bath.

Alisa added: “Gran had taken unwell and was complaining about a sore back. She’d just come from the doctors but I decided to take her to the hospital. They said she had a urine infection and put her on medication.

“When we brought her home, she ran a bath for herself and I nipped downstairs with Blair.

“Jack was upstairs changing out of his school uniform when all of a sudden he heard a weird gurgling sound coming from the bathroom. He started screaming for help and I ran up to find him holding up gran’s head in the bath.” 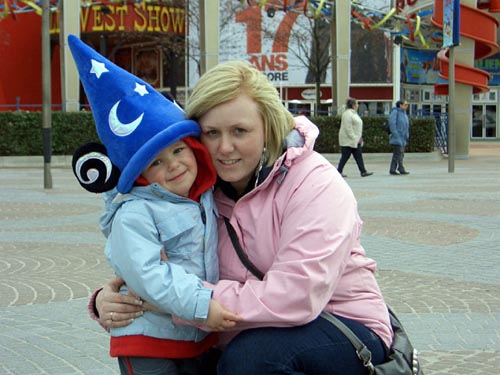 Quick-thinking Alisa then jumped into the bath to pull her grandmother out.

“Jack was struggling to hold her head up so I jumped into the bath beside her to keep her up. Her body was limp but she was conscious and breathing.”

The 27-year-old mum then called 999 while Jack ran downstairs to call the neighbours.

And on his way down, Jack’s quick-thinking prevented another accident, as he stopped his 17-month-old brother from climbing up the stairs. 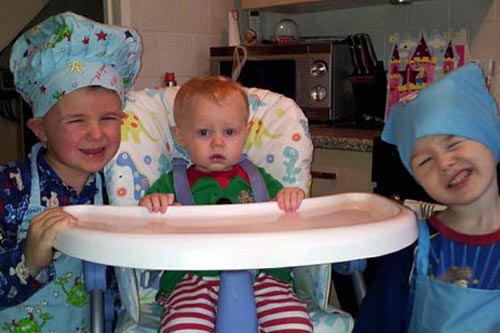 Alisa added: “Blair had started to climb the stairs but was falling backwards when Jack found him. He picked him up and managed to bring him back down before he fell.

“Then he ran out to the pedestrian street and started calling our neighbours for help.

“The poor wee thing was panicking and screaming “gran’s dead” but when the neighbours came over and discovered what had happened we were able to calm him down.”

Harriet was taken to Forth Valley Hospital in Larbert ten miles away from their home, where doctors found out she has kidney stones.

Alisa added: “He’s proud as punch now. He’s been telling everyone about it in school and brought gran flowers on Friday to wish her well. We’re so relieve she’s OK.”