A TRAGIC Scotswoman is planning her own funeral after doctors diagnosed her with 50 tumours.

Carol Hamilton was first diagnosed with cancer in 2006, but after intensive treatment was convinced she’d beaten it.

But after surgery to repair an area of scar tissue doctors discovered the inoperable mass of tumours in her abdomen. 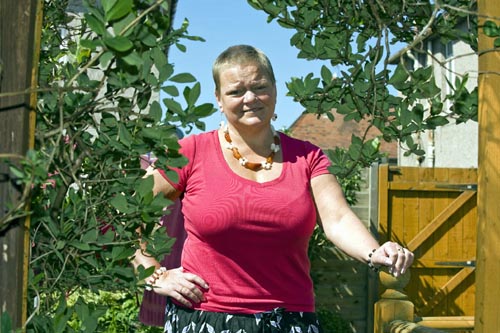 After coming round from the anaesthetic Carol, who lives in Edinburgh, overheard doctors talking about her condition.

She said: “I couldn’t believe it. I was absolutely horrified.

“One tumour would have been bad enough. But they were taking about 40 or 50 suspicious nodules, some really quite big. I was in total shock.”

Despite suffering from abdominal pains for a number of years, it was only a change of GP which led to the cancer being discovered.

Carol said: “I was told things like it was my age, or I was overweight or hormonal because i hadn’t had children.

“But some days I’d go to work and I was in so much pain i was doubled up at my desk. I couldn’t believe that was supposed to be normal.”

But her new doctor realised Carol had a tumour and needed an immediate hysterectomy.

She said: “The name of it was extra uterine stroma carcinoma arising in endometriosis.

“I was told it was a tumour outside the uterus, caused by endimetriosis. I must have had endometriosis for years – maybe if it had been caught, i wouldn’t have got cancer. The surgeons removed as much of the tumour as they could and gave me a drug to reduce the oestrogen which it seemed to feed on.”

But six months later a scan showed that not only had the drugs not worked, the tumour had ballooned in size.

More surgery to remove the tumour was deemed successful.

“Everything seemed to be ticking along,” Carol said. “every time i went to the hospital i was told i was one of the lucky ones.”

But surgery to repair an incisional hernia, caused by a scar that failed to heal fully, led to the discovery that the disease had returned.

The 47-year-old is now planning her future, with no idea how long or short it may be. 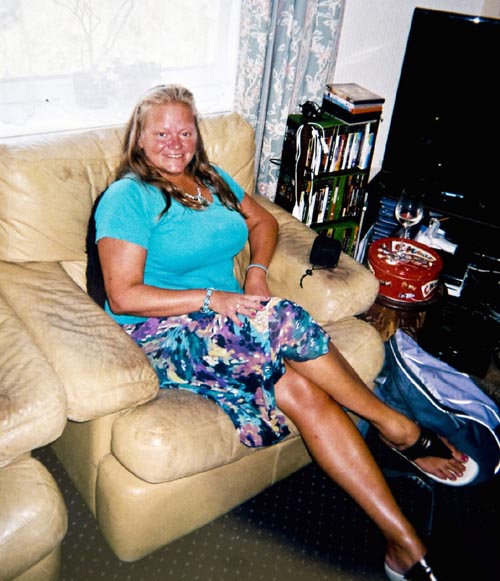 Carol was fit an active before her diagnosis

Carol, who visited the gym four times a week before her diagnosis, has even picked out the music she wants to have played at her funeral – Queen rock ballad Who Wants To Live Forever.

She said: “I think it sums things up.

“None of us is going to go on forever. And I happen to know that I have less time than I thought I might have. And what’s left of life has to go on.

“It’s changed me as a person. I’ve realised what’s important and what isn’nt. I have more time for simple  but pleasurable things in life. I don’t rush around any more.

“I walk down the street and i hear the birdsong. I look at the sunset and the blossom on the trees – of course, they were always there, i just never really had the time to pay attention, everything was always rush here, rush there.

“It made me aware that you have to live life. You certainly can’t put life on hold.”