A DISGRACED teacher who had sex with two pupils in a school cupboard has been struck off.

Maths teacher Muir McCormick also took advantage of a 16-year-old and 17-year-old in the house he shared with his wife and the back row of a cinema.

McCormick was jailed for 14 months in November after admitting grooming, fondling and having sex with the girls at Dumbarton Sheriff Court. 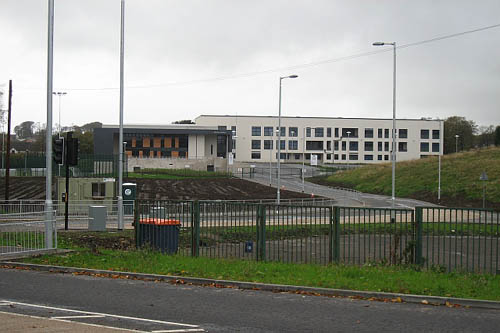 The GTCS removed him from the register of teachers as he had been added to the Protection of Vulnerable Groups Scheme barred list.

A plea of not guilty to possessing child pornography was accepted by the court.

The 39-year-old taught at Bearsden Academy in Glasgow, one of the city’s top state schools in an upmarket area.

His first victim was a girl aged 17 at the time, who cannot be named for legal reasons.

Between August 2007 and May 2008 he would have sex with her once a week, often in a cupboard behind his desk, during free periods and lunchtimes.

She was part of a “Young Enterprise” group at the school which was ran by McCormick.

This relationship only emerged after another girl, aged 16 at the time, told her parents and the police about McCormick.

The 16-year-old said McCormick has asked her to dress up as an eight-year-old in front of a camera, and they had sex in a tent in a park in Ardrossan, Ayrshire.

Their relationship lasted between December 2008 and May 2009, after the girl sent him a text saying she had “feelings” for him, which he reporter to his department head.

But later he would have sex with her in the cupboard behind locked doors.

He later asked her to wear children’s clothing and a badge saying “I’m eight” and said he fantasised about eight-year-old girls, depute fiscal Shiela McDiarmid told the court.

The 16-year-old now has difficulty forming relationships, the court heard.

He had sex with both girls at the home he shared with his wife, Nicola, 40, and touched the older girl inappropriately in the back row of the Odeon cinema in Glasgow’s Quay.

Sentencing McCormick, sheriff David Hall said: “In the background reports you claim you are unaware what you were doing was wrong; that you didn’t think it wa saginst the law for a teacher to have a relationship with pupils.

“I find this most disturbing and quite incredible.”

The father of two was banned from seeing any children who were not his own.

He was also barred from using any computers or mobile phones with internet access for ten years.