Just hours after starting his first day of rehearsals with the National Theatre Scotland the X-Men 2 star cut his finger on one of the set’s props.

Theatre actors are notoriously superstitious about the famous Shakespeare play, making sure they don’t say ‘Macbeth’ on stage. 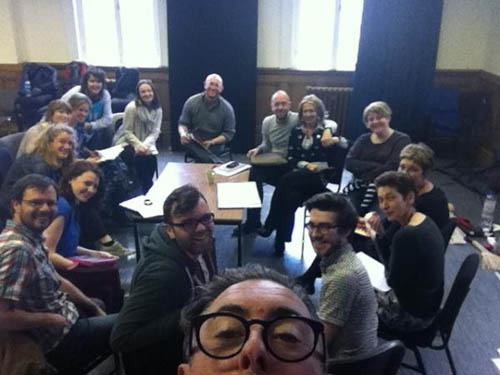 Referring to “The Scottish Play,” actors believe even uttering the title of Macbeth invites bad luck.

Cumming’s accident came four hours after he took to his Twitter page to announce he was starting rehearsals in Glasgow.

The 47-year-old, who will be performing a one-man version of the famous play in June this year, tweeted his 70,000 followers yesterday evening.

“First NTSMacbeth injury! Cut my finger on a toy robot I was using to represent Lady Macbeth in a little theatre game. Blood will have blood,” he said.

‘Blood will have blood’ is a famous line from the Shakespeare, said by Macbeth to show his guilt over murdering King Duncan and former ally Banquo. 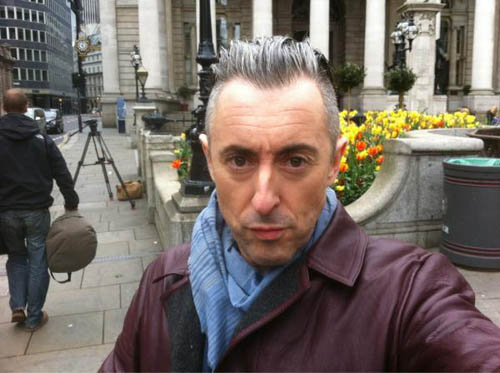 The star cut his finger during rehearsals.

Performing Macbeth, or speaking its title in a theatre is said to invoke an ancient curse.

The curse will strike actors or other people associated with the performance, and has its roots in the play’s occult storyline of witchcraft, murder and ghosts.

Superstition has plagued the theatre since the first documented production on Aug 7, 1606, in the Great Hall at Hampton Court.

On the night of the performance, a 13 year-old boy, Hal Berredge, who was playing Lady Macbeth, came down with a fever and was unable to perform. Shakespeare himself had to stand in for the role.

In 1937, when Laurence Olivier took on the role of Macbeth, a 25 pound stage weight crashed within an inch of him, and his sword which broke onstage flew into the audience and hit a man who later suffered a heart attack.

Charlton Heston, in an outdoor production in Bermuda in 1953, suffered severe burns in his groin and leg area from tights that were accidentally soaked in kerosene.