A TEN-year-old girl has sparked a major police hunt after going missing from a city school.

She was last seen leaving Craigroyston Primary School around 11am today.  The school is located in the Muirhouse area, just off Ferry Road. 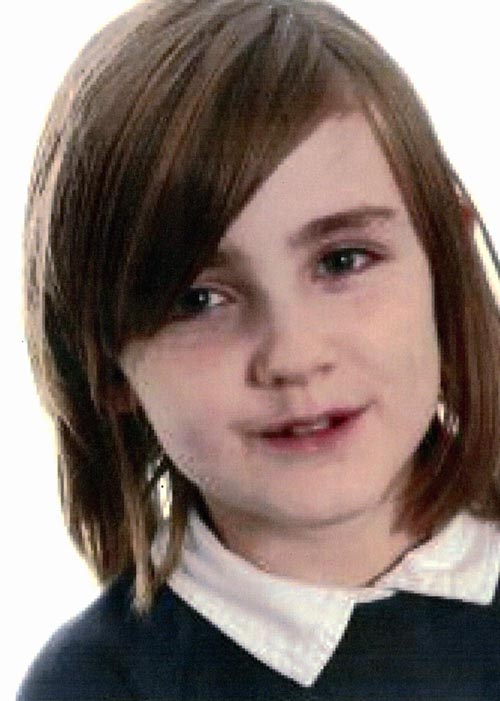 A local resident said Lisa had gone missing before

There was another possible sighting of her in Gamekeepers Road, in the Cramond area, around 12.45pm.

The locations are almost two and a half miles apart.

There have been no sightings of her since and police are searching both areas she was last seen in.

Local resident Peter McDaid , 30, said: “It’s pretty shocking. My daughter goes to a school nearby. As soon as I heard my girlfriend got on the phone to call her. 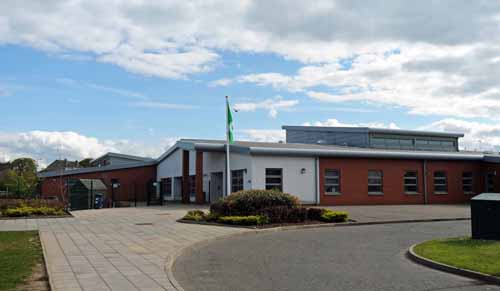 Police say Lisa walked out of school of her own accord

Mr McDaid, a courier, added: “It’s getting to be a pretty bad area where you almost don’t want to go out on your own.”

A local resident, who did not want to be named said: “The police were round this morning. They said they were looking for a nine or ten year old girl, her name was Lisa.”

Today the streets around the school were filled with police cars and two-man teams of officers patrolled on foot.

Staff at the school declined to comment on the disappearance. 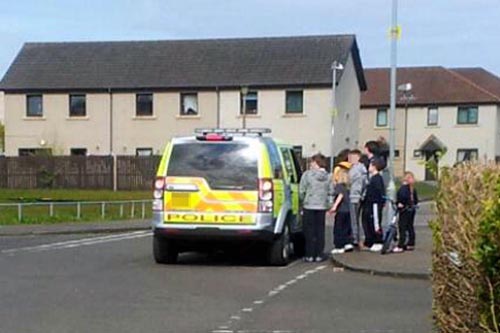 A police presence was visible near the school

Today a police spokeswoman confirmed they were conducting a search but said there was nothing to suggest the girl had been snatched.

She said: “I can confirm that we are searching for a 10-year-old-girl who went missing at 11am this morning.

“She appears to have left the school of her own accord.

“While there are no immediate concerns that Lisa has come to any harm, she hasn’t returned home, and we are anxious to trace her as soon as possible.

“We are appealing to anyone who thinks they have seen her today to contact police immediately.  Likewise, anyone who has any information regarding her current whereabouts should also get in touch.”

Asked if there was any indication that she had been snatched, she said: “There’s nothing to suggest that.”

Lisa is described as white, around 4ft tall, with short light brown hair, and a fair complexion.  When last seen she was wearing a blue sweatshirt, black trousers, and pink trainers.  She was carrying a black rucksack.