MEMBERS of the public are being warned that they could be doing more harm than good by picking up baby birds.

The Scottish SPCA say calls to their helpline regarding baby birds leapt from 113 in April to 556 in May last year as the nestling and fledgling season got underway and 2012 is expected to be just as busy.

The charity’s new National Wildlife Rescue Centre in Clackmannanshire is currently caring for around 50 baby birds and fledglings, with more arriving every day. 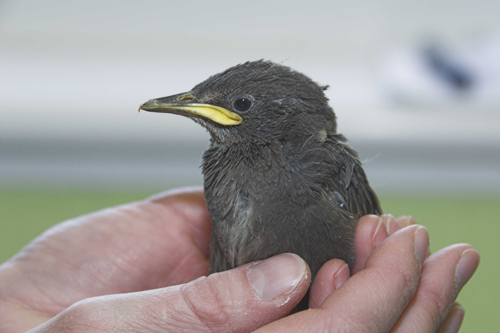 Although some of the young birds were rescued because they were injured, others are in good health but were picked up by worried passers-by when they should have been left alone.

Manager Colin Seddon said, “It’s understandable for people to be concerned when they come across a young bird on the ground that appears clumsy and unable to fly.

“However, this is a vital part of the learning to fly process and the parents are very likely to be nearby, watching their young making their first efforts to take to the skies. 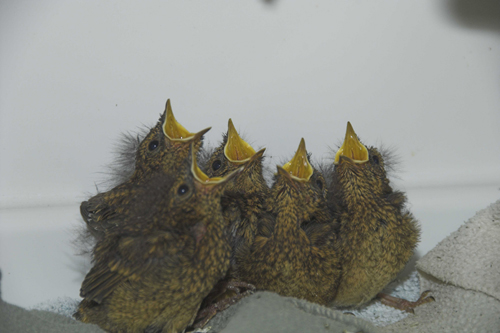 The SSPCA is currently caring fro around 50 flegelings, including these Robin chicks

“We would ask anyone who has concerns to try to monitor the fledglings from a distance to see if the parents appear.

“If it does seem a baby bird has been abandoned or orphaned, they should call our animal helpline for advice.”

Colin advised members of the public to only intervene immediately if a fledgling is in danger. 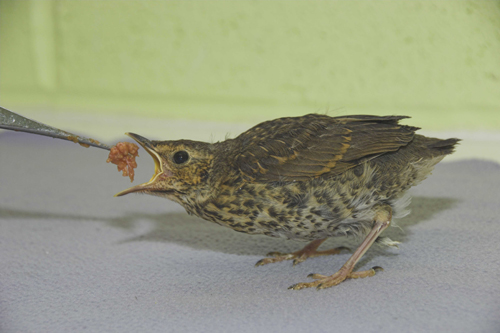 “If a fully feathered young bird is in harm’s way, on a road or somewhere it could be vulnerable to predators then it may be possible to move them to a safer spot in a nearby hedge or tree,” he said.

“Any unfeathered birds found on the ground are most likely to have accidentally fallen from their nest and it may be possible to put them back in, ideally wearing gloves.

“Under no circumstances should anyone who discovers a nest try to touch or move the fledglings inside. This could cause the parents to abandon them and would also be illegal.”