A SCOT who had skulls of endangered whale species in his bedroom to sell on the black market has been sentenced to community service.

Steven Paterson, 48, is the first person to be prosecuted for selling parts of an endangered animal species in Scotland.

Paterson was found with a pilot whale skull in his bedroom and two harbour porpoise whale skulls – both of which are protected species. 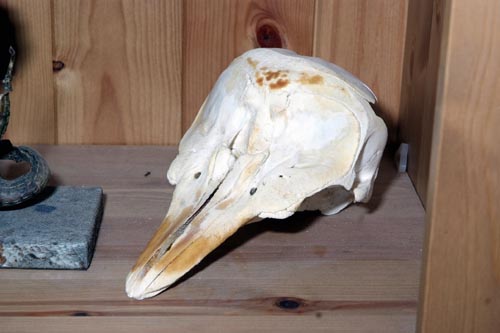 A skull of an endangered whale found in Paterson’s house

Police searched the man’s home in 2010 and found the skulls along with a room full of jaws and skulls of other species.

Pictures of the man’s house in Fife show a bedroom room full of carefully labelled boxes full of skulls and jaw bones.

Paterson, from Glenrothes, was sentenced to a Community Service Order of 160 hours today atKirkcaldy Sheriff Court, after pleading guilty to various offences of trading in endangered species.

The collection of endangered skulls was confiscated by the court and will be given to the National Wildlife Crime Unit to use for educational purposes.

All species of whale, porpoise and marine turtle are protected from commercial activity under the act.

But pilot whales and harbour porpoise whales in particular are identified as the some of the most endangered species in theUKandEurope.

Trading “specimens” is regulated and a license to trade must be granted before any sale can take place butPatersonhad no such license.

According to the Crown Office, he had unsuccessfully applied in 2007 and 2009. 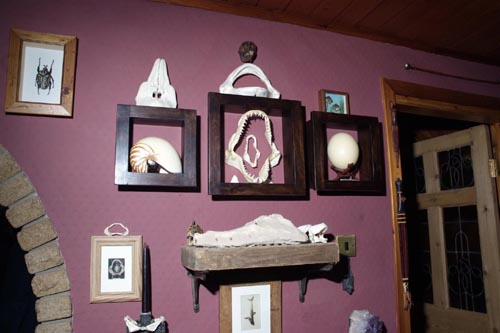 The investigation was carried out with the help of the Crown Office, Fife police, National Wildlife Crime Unit, UK Border Agency, Animal Health, the Sea Mammal Research Unit at University of St Andrews and the National Museums of Scotland.

Speaking today, Craig Harris, Head of the Wildlife and Environmental Crime Unit, said: “The illegal trade of plant and animal specimens contributes to the depletion of wildlife populations which, in turn, has brought some species close to extinction.

“We will pursue those who choose to participate in the illegal trade of wildlife.  As this case shows, carrying out such business online does not offer criminals a safe haven or protection from prosecution.

“Prosecutors will continue to work with all of our partner agencies to end the illegal trade in endangered wildlife.”

Annually, international wildlife trade is estimated to be worth billions of pounds. 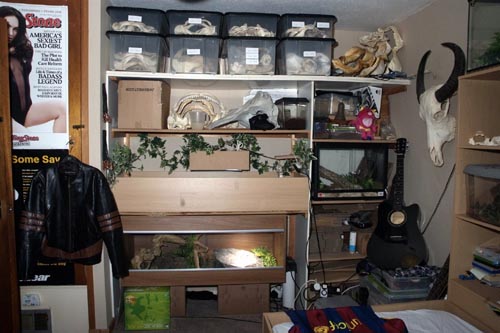 Paterson had labelled boxes of skulls and jawbones in his room

It is thought that hundreds of millions of plant and animal specimens are traded illegally each year.

Anything from live animals to plants can be sold illegally on the black market for a range of purposes including medicinal and for food purposes.