BILLIONAIRE Sir Tom Hunter has blasted Scots for being addicted to social welfare.

The country’s fist self-made billionaire said Scots relying on benefits have become “pampered” and that they “expect what others strive and graft hard for.”

The 51-year-old Ayrshire billionaire, who made his fortune when he launched retail giant Sports Division, said that benefit scroungers have taken it “too far.” 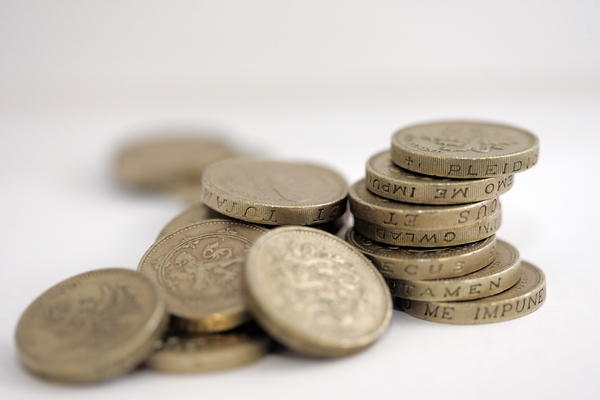 Scots rely on benefits too much according to billionaire

Hunter’s warning about benefits comes as an area in Glasgow was revealed to be the “benefits capital” of the UK.

In the city’s east-end, almost nine out of 10 working-age adults are on social welfare.

The area has the highest benefits cost per person of any constituency inBritain, with benefits amounting to £5 a day for every adult and child.

And last month, it was revealed that more than half of those off work on sickness benefits have been told that they are fit for work.

Hunter said: “The fact is the welfare state has simply enabled us to become pampered, dependent people who expect what others strive and graft hard for.”

The chairman of West Coast Capital investment firm said that Scots could learn a lot from the Chinese about good work ethic.

He said: “Recently I returned from a trip to China where the palpable ambition and confidence of its people just about floored me – instead of gloom they saw boom, opportunity at every corner.

“Asked what they feared the most, the response was unremitting- the corrupting influence of the welfare state on ambition and the work ethic. InChinathey graft to pay their way- there is not other route.”

But the business tycoon, who was knighted in 2005, added that vulnerable people who need the payments should still be in receipt of them.

“I am not advocating for one moment that we do not need the welfare state.

“For those most vulnerable, most in need of our society, it is sacrosanct. However, the pendulum of support has, in my view, swung too far and we expect too much form our state when in many respects we have not earned that expectation.”

In the opinion piece about the benefits plight and independence, the Ayrshire billionaire also criticised Alex Salmond’s opponents for rushing the independence vote, accusing them of scaremongering voters.

He said that bringing the referendum forward “doesn’t suit democracy.”

“We have only lightly touched the edges of the debates we need for our country’s future, do they really want to compress that debate for political expediency?”

Iain McMillan, Scottish director of the Confederation of British industry, agreed that benefits have made too many people lazy and reluctant to get a job.

“I agree with Sir Hunter there should always be help for those who need it, but there are many people on benefits who don’t.

“There are those who say nobody lives a life on benefits by choice. That’s not true: there are far too many people who are content to live on benefits and those who are able to work but don’t need to be taken out of welfare. “

But McMillan said it was wrong to generalise about Scotland and that dependency on welfare is just as problematic inEnglandas it is north of the border.

Hunter added that the dependency on state payments may stem from early drop-out rates in Scottish schools.

He added that there is an “appalling number of young people dropping out with little or no hope for the future. Scots people were not born with their hands out, we need to offer all out people the opportunity to thrive to be all they can be.”

A spokesman for John Swinney, the finance secretary, said: “The official figures actually show welfare spending inScotlandrepresents a smaller share of Scottish tax revenues compared to the position for the UK as a whole.

“What we need to do is secure job-creating powers for the Scottish parliament with independence.”