Middle-class kids “lashing out” because of recession

CHILDREN are throwing tantrums and wrecking classrooms- because of the recession.

Kids missing out on nice holidays and after-school activities are starting to “lash out” because they miss their pre-recession luxuries, according to a crisis charity.

So dramatic are the tantrums that middle-class families hit by the economic downturn are now facing huge bills for anger-management therapy for their children. 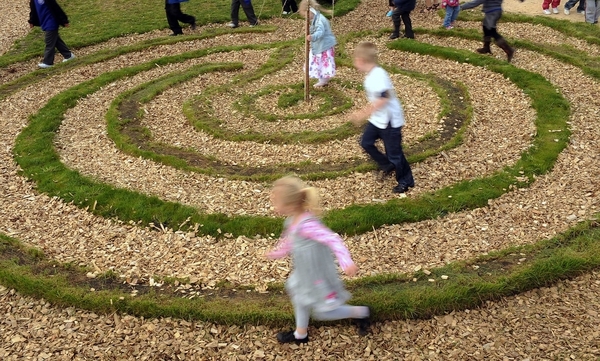 Children who were used to “nice holidays” are now lashing out

Counsellors say children as young as eight are suffering from “recession rage” and their frustrations are starting to show in the classroom.

Agencies say they are now “wall to wall” with kids in crisis.

According to Renfrewshire-based charity Crisis Counselling in Erskine, the number of children they treat has sky-rocketed from 500 to 750.

Children are being referred to the crisis charity because Child and Adolescent Mental Health Services, CAMHS, which provides UK-wide support for NHS patients is facing delays.

So busy is the mental health service that the waiting list for child counselling appointments is now 18-months long in some areas.

According to the charity, children are starting to feel the pressure of the recession because many of their home-comforts are no longer available to them.

“They come from families where you used to have two parents working, nice holidays, after-school clubs and lots of activities.

“That’s all stopped now and they can find themselves together 24/7 with very little income.”

“The bulk is family breakdown caused by the recession.

“They are being referred for anger management because they are lashing out in school and out of school.

“A lot of them are physically disruptive. They’re hitting other pupils, striking out at teachers, disrupting classes.

“They’ve either been excluded or are getting into all sorts of problems.

“We’re seeing vast numbers of young males who need preventative action to stop them becoming angry teens and then an angry man lashing out at you.”

But she added that it’s not just boys who have bad recession tempers.

“Although girls tend to verbalise more, they can be very destructive. They can wreck an entire room because they’re angry at the world. They need immediate help.

She added that the charity is “wall to wall” with crisis-hit children because CAMHS are over-subscribed.

“Our figures for this year already show the numbers just keep on rising. CAMHS have really long waiting lists so the referrals are coming straight to us.”

An anonymous mum said her 10-year-old son changed when her husband suddenly lost his job.

She said: “Money was suddenly much tighter and arguments started as my husband was stuck around the home with my son much more.

“He started to become moody and then just seemed to get angrier and angrier which just wasn’t like him.

“He’d have these almighty temper tantrums, trashing the place.

“He even kicked a hole in his bedroom door at one stage and the window got cracked with him throwing stuff around.”

The mum said she brought her son to her GP and after being referred to a counsellor, there was an instant change in his mood.

“Just two sessions was all it took to get my wee boy staring to come back to normal.”

Counsellors across the UK are lamenting the lack of funding to cope with the increased demand.

Psychologist Dr Jennifer Leonard said: “The longer it goes on, the more complex the problem becomes .

“Waiting times to see counsellors can be months and in some areas there’s no counselling at all. The service is inadequate.”

The psychologist who also acts as a counsellor added that if children in crisis do not get help, it can often lead to depression or self-harming.

Veterans’ charity makes it to final of National Lottery Awards

What recession? £1,000 a night to stay at Scotland’s most expensive hotel