A SCOTS company is offering house-proud homeowners a cleaning service with a difference.

Staff at Buff Home Services carry out their duties while completely naked.

The Edinburgh-based company, which opened for business last Monday, offers to “get your chores done with a difference” and charges £30-an-hour. 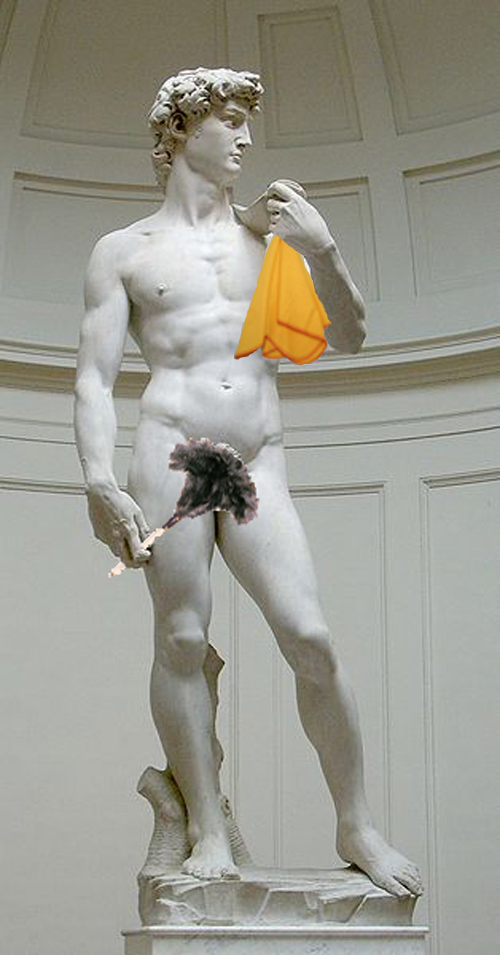 Clients will get an eye-full – but no extras are on offer  Photo: Rico Heil and Robert E. Rempher

Run by a husband and wife team – who are identified only as Barbie and Ken – the cleaners will tackle any domestic chore from cooking to ironing.

But co-owner Ken, who is in his forties, said the main aim of the business was to keep homes spick and span.

He said: “we wanted to bring something that is unique to Edinburgh, even country-wide to our knowledge.

“The inspiration came from Spartacus, with the naked slaves and housekeepers that was the thought process initially. My wife has a background in theatre so there was also a theatrical element as well.

“We don’t know how it will go but we may at some stage have to look at taking on more staff.”

He added that strict rules were in place to deter people with ulterior motives who might want to try the service.

All clients must keep their clothes on while the cleaners are in the house and children are not to be present. The firm also bans clients from videoing or photographing their staff.

He said: “Obviously there are adult elements, in the sense that there is nudity, but we make it clear to people that there are no personal services offered. The way we see it we are offering a cleaning service – but the uniforms are different.

“We tell clients we are mature – i always describe myself as the Full Monty rather than Chippendale.

“It’s a bit of fun but we are serious about what we are doing, we are not exhibitionists we are trying to run a viable business.

Barbie said the company could be booked as little as five hours in advance and clients can choose whether either one or both of the couple come along.

“They can be in the same room as we clean and watch if they want,” she said.

Though the couple added that for health and safety reasons aprons and rubber gloves must be worn for some chores.

A spokesman for Lothian and Borders police said there was no criminal offence in offering a naked cleaning service.