FOUR short films made by a production company formed by University of Dundee graduates will be screened at a prestigious international festival in the United States later this month.

More than 40,000 fans are expected to attend the 2012 Phoenix Comicon Film Festival, which will be headlined by William Shatner from 24-27th May. The event is an annual celebration of comic books, games, television and film with a particular focus on science fiction, fantasy, horror and anime.

Those in attendance will be able to view four works from the Flyboy Films stable – ‘Camera Obscura’, ‘Meta’, ‘Monsters Under the Bed’ and ‘Falling Out’. All four were written, directed and produced by graduates of the Time Based Art and Digital Film programme at Duncan of Jordanstone College of Art and Design, part of the University. 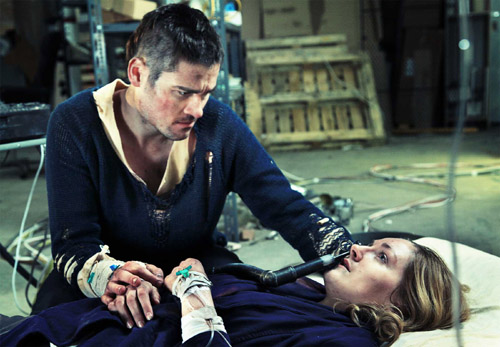 Flyboy was established as a production banner by John Fairfield and Ailsa Lawson in 2009 during their final year at DJCAD. Over the past three years, Flyboy has grown into a production base for students, graduates and professionals working in the Scottish film industry.

The company has now completed eight short films, which have gone on to achieve recognition with several nominations, awards and screenings at film festivals around the world. Members of the Flyboy production crew have also worked on major TV series’ and feature films, including X-men: First Class, Captain America, Prometheus and Dark Shadows.

John said he was delighted with the latest recognition for Flyboy, and for the films to receive more exposure to an international audience.

“Phoenix Comicon is a big pop culture event, and the organisers are predicting that the attendance will double from last year’s figure of 23,000,” he said. “William Shatner is headlining, so it would be great to think that Captain Kirk might see some of our films!

“Loads of big names from the TV and film industries will be there so it’s a great chance to show off the work we’ve done at Flyboy over the past three years. The festival organisers actually approached us having seen the Flyboy website and some of our work online.

“We were very surprised and happy they contacted us to be a part of their official selection, as you normally need to submit work to be considered. We make genre movies, so to be a part of such a festival with the opportunity for a new audience to see our films is very exciting.”

John himself directed Camera Obscura and Monsters Under the Bed, while Meta and Falling Out were directed by Matt Cameron.

Camera Obscura was nominated in the Best Undergraduate Drama category of the Royal Television Society Awards in 2010 and Meta was nominated for several prizes at both the 2010 Scottish BAFTA New Talent Awards and Creative Loop Awards.

Flyboy engages the work and support of more than 30 talented individuals from the local area, including directors, producers, cinematographers and make-up artists.