A SHOPKEEPER has told how he fought off a robber brandishing a knife – with nothing more than a plastic stool.

Akbar Ali was threatened by the thug as he served customers in his West Lothian corner shop.

The man waved an eight inch blade at Mr Ali and demanded he hand over cash.

As the robber tried to grab the till, Mr Ali launched into action seizing a fold-up stool and beating the man with it until he fled empty handed.

During the terrifying ordeal, which happened in Fauldhouse at around 5.45pm on Sunday, several customers remained in the store.

Mr Ali, 54, who lives in Fauldhouse, said: “I think the robber must have been waiting outside. He had his face covered with a scarf and a hood.

“I’ve lived in Fauldhouse all my life and I thought it was someone having a bit of a joke.

“When I realised what was happening I was shocked, but I didn’t want to let him away with the money.

“I lifted up the stool and began defending myself. He had this eight-inch kitchen knife and I kept hitting him with the stool.

“He kept coming back but eventually he just ran off.” 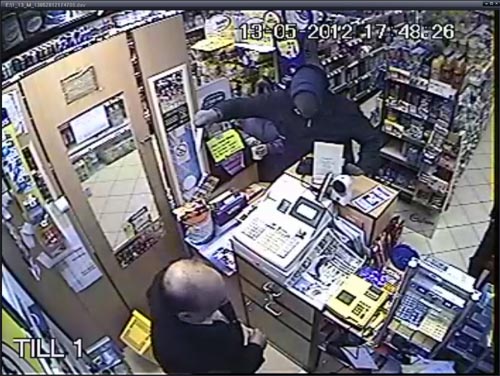 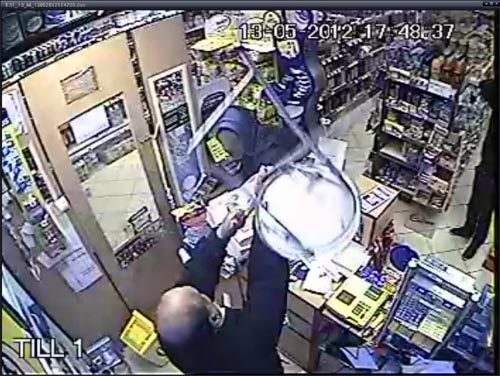 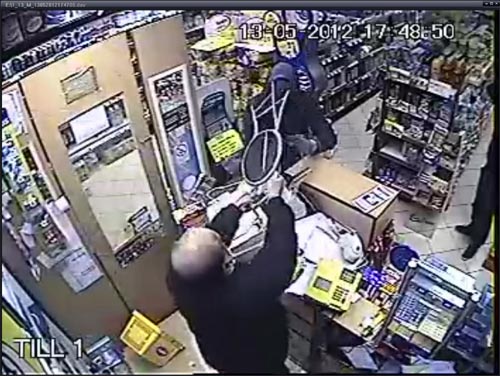 The man is described as white and tall with a stocky build, wearing a dark hooded top, blue jeans, brown Timberland boots, gloves and a grey Tammy hat.

A scarf or other item of clothing was covering his face.

But a defiant Mr Ali has vowed not to let the robber stop him running his business, and opened the store as normal the next day.

“You just have to get on with things,” he said. “I’ve had a shop in Fauldhouse for years and nothing like this has happened to me before.

“I would like to say to the public, if you know who this person is, please help the police to find him.”

His wife, Sheida Ali, 52, said: “It’s so frightening. I’ve worked in the shop for 25 years and never really worried but now I think, ‘what could be around the corner’?

“I only hope the police catch him soon before anyone else has to go through what we did.” 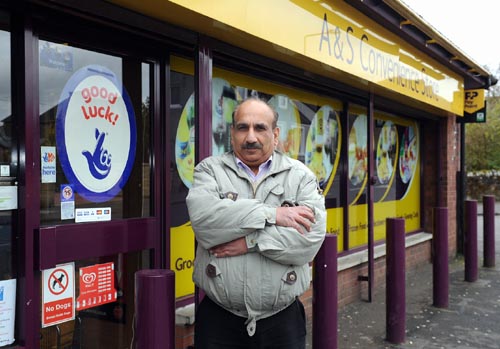 Lothian and Borders Police have appealed for witnesses to the incident.

A spokesman said: “The shopkeeper was very brave to fight this man off despite being presented with a knife.

“We are now keen to speak with anyone in the area at 5.45pm [on Sunday] and who remembers seeing anything or anyone suspicious.”

The robbery is just one of a series of incidents in which shop keepers have been threatened with a knife.

Last month robbers made off with thousands of pounds after targeting stores in Musselburgh and Armadale.

And in the last year Edinburgh has seen the number of reported robberies, including those on Shopkeepers, rise to 461 between April last year and March, compared to 399 the previous year.