BUNGLING tourism bosses mixed up two historic Scottish villages on a map given away to a thousands of visitors.

The map of Scotland was given away to newspaper readers in the UK and Ireland in a bid to boost “staycation” tourism.

But two communities in the picturesque East Neuk of Fife were put in completely the wrong place by VisitScotland, the government-funded body that promotes tourism. 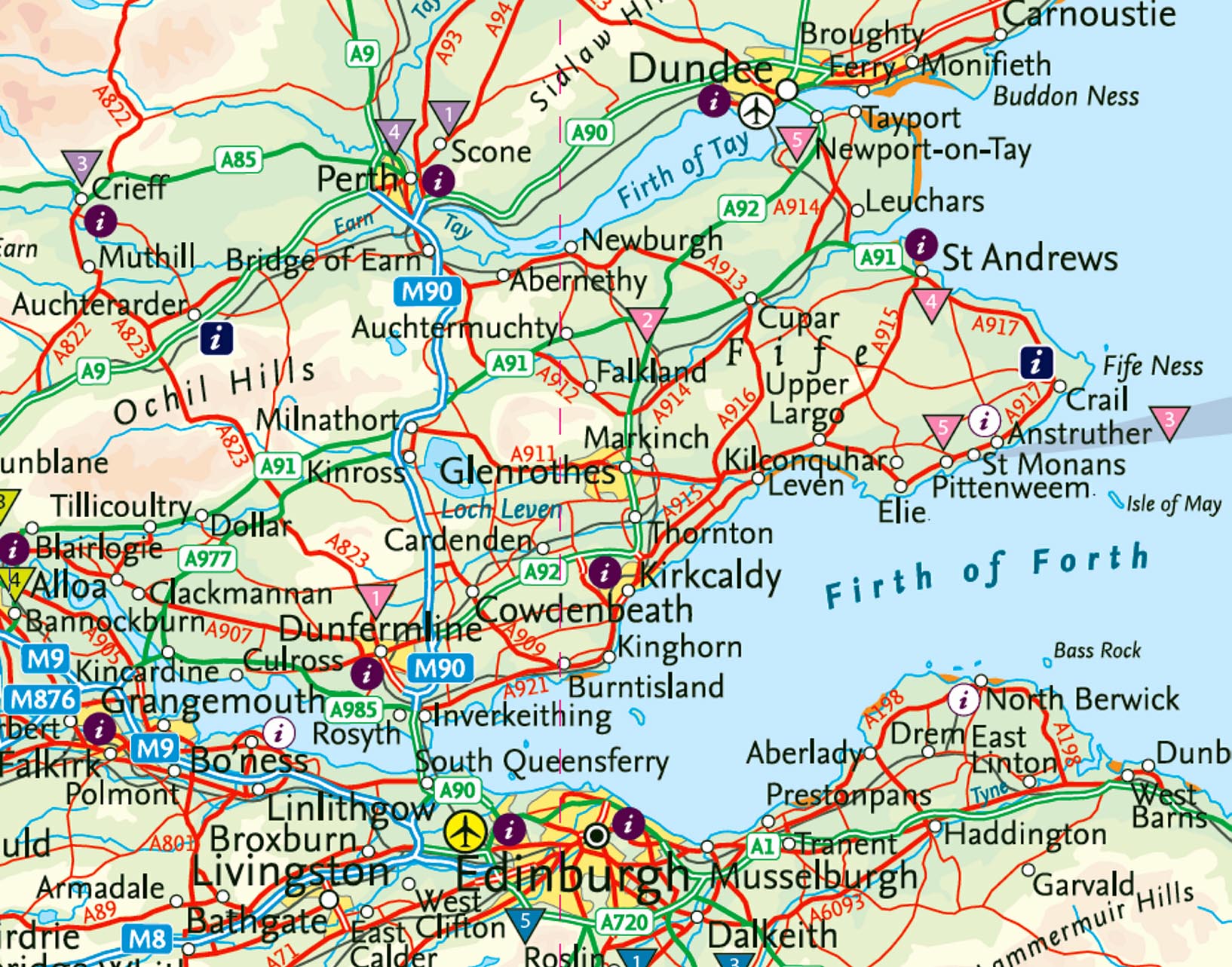 The map shows Pittenweem and St Monans as having swapped places

Pittenweem is two miles down the coast from where it should be.

And St Monans is shown in exactly the spot where Pittenweem should be.

The map, which cost a total of £72,000 to produce, proudly proclaims: “We’ll point you in the right direction.”

Local historian Leonard Low said: “It’s crazy. These people are supposed to be bringing tourism into Scotland and to mix up the villages is mad.

“Someone is not doing their job right. Scotland’s national tourist body should not be making a mistake like this.

“The maps should be reprinted. It’s wrong, it’s like printing a wrong bank note, it must be corrected.”

Malcolm Roughead, CEO of VisitScotland said:  “Unfortunately the map was provided for us by a third party which specialises in maps which should have been accurate. However, we accept that we should have made sure it was correct and we are sorry if it has caused offence.”

Regional director Richard Pinn said the mistake was due to what he called “slippage”.

“We work with a well-reputed publisher on the map, which is included in our direct mail as part of our new Explore campaign,” he said.

“The team has made every effort to check the information and locations shown but, unfortunately, there has been some slippage with the locations on the Fife coastline in the final print run.

“We expect this to have minimal impact on visitors to the region and the direct mail is just one aspect of the campaign, which is reaching over a million households.

“Fife has had a high-profile campaign running on radio and in the media including national and local press titles, encouraging even more people to visit the Kingdom this year.

“The Explore campaign has been very well received by local stakeholders and partners throughout Scotland because it engages with a local sense of place. Tourism groups throughout Scotland have also recently approached us to get involved in the campaign as it offers great collaboration opportunities to work together.”

Earlier this year ferry operator Caledonian Macbrayne had to apologise for issuing a map which put hotels and bed and breakfasts on the wrong islands.

Errors included hotels in Barra which were placed on the map 50 miles away in Skye, and A South Uist hotel was wrongly placed on North Uist.

The company had to reprint 175,000 copies of its Explore brochure, which was designed to be guides to visiting Scotland’s islands, after the local businesses reacted with fury.