A FORMER Spice Girl, a comedian and a radio DJ have been confirmed as the cast of a new version of stage musical Jesus Christ Superstar.

Tim Minchen will play Judas Iscariot, Melanie C will tackle the role of Mary Magdalene and Chris Moyles will star as King Herod.

The public is to cast the role of Jesus in an ITV show dubbed “Superstar”. 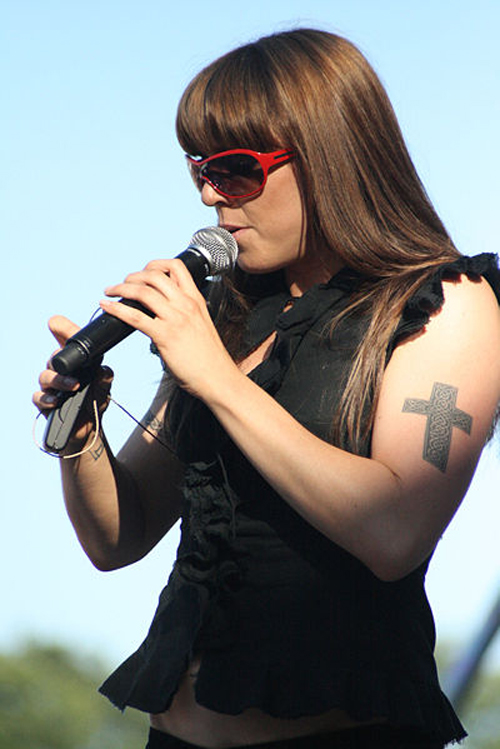 Mel C will take on the only female lead role  Photo:Remigiusz Józefowicz

The show will then embark on its  first ever UK arena tour, kicking off in London on 21 September before visiting Glasgow, Newcastle, Manchester, Cardiff, Birmingham, Belfast, Dublin, Liverpool and Nottingham. The tour culminates in Sheffield on 21 October.

Andrew Lloyd Webber said: “Jesus Christ Superstar began life as an album followed by a sell-out arena tour of the US.  Our very first show was at the Civic Arena in Pittsburgh, Pennsylvania, where we played to over 13,000 people.

“Tim and I have always wanted to take Superstar back to its roots and we are both delighted that it will finally play an arena tour in the UK in venues where many of the world’s great rock acts have gone before.

“We’re thrilled to have such great talent in the cast for the new show – they are all true ambassadors of UK entertainment. The re-mastered album sounds fantastic and we hope that fans both old and new will enjoy it.”

Tim Minchin said: “As a huge fan of Jesus Christ Superstar, I’ve always thought it needed 3 key things: a big cast and band; loads of volume; and me playing Judas. I’ve been in two small productions of the show, and understudied the big man both times. I am really bloody excited about this.”

Melanie C said: “I have been lucky enough to perform at arenas across the globe and to star in London’s West End but taking on the role of Mary Magdalene in the incredible Jesus Christ Superstar has to be one my most exciting challenges to date.

“I can’t wait to take the show to some of my favourite venues in the UK with such a talented and formidable cast including Tim and Chris.”

Chris Moyles said: “To receive a phonecall from Andrew is very cool, but then when he asks you to be in his musical that’s pretty amazing and there is only one thing to respond with… And that is yes! Absolutely! My mum’s gonna be well excited!”

The original multi-million selling Jesus Christ Superstar double-album, released in 1970, became a No.1 hit record in the US charts and spawned the live show phenomenon. T

The album has been digitally re-mastered and will be released on 16 July through Polydor.