Into the groove: Madonna is solution to Edinburgh tram trouble

POP superstar Madonna has been hailed as a solution to Edinburgh’s tram chaos.

Tram bosses hope a flashmob by the singer’s fans with help lift the fortunes of businesses suffering because of roadworks.

They are asking fans heading to Madonna’s gig in the city’s Murrayfield stadium on July 21  to take part in an spur-of-the-moment boogie to the Queen of Pop’s hits. 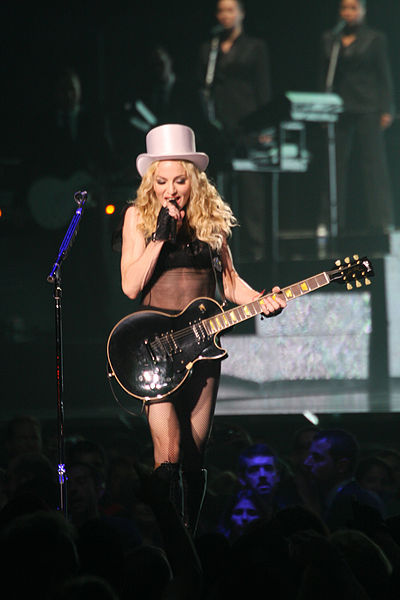 Fans flocking to Madonna’s gig are urged to join the flashmob  Photo:iShot71

The publicity stunt is being funded out of £70,000 released by tram bosses from a contingency fund to pay for a publicity drive for the area.

But traders had asked for a simper solution to their business woes – signs to let the public know they are open.

Instead the simple option has been shunned in favour of the flashy dance event.

Grant McKeenan, who runs a shop in the Haymarket area of the city, said: “My biggest complaint is that there are no signs in Haymarket or Princes Street saying ‘business as usual’. In fact the only signs up are those that tell you to avoid the area.

“I’m hugely sceptical about these flashmobs, and I hope they’re not spending money on this nonsense.”

Michael Apter, a businessman who acts as Chairman for the West End Association, said better signage would be preferred to the trendy event.

He said: “We’ve been asking for directional signage explaining where the works are since Christmas and we are still waiting for that.

“Stores are closing every day, people are losing their jobs, losing money left, right and centre because of the works.

“we do need a stream of activities and promotions  and the adverts on busses and railways are welcome, but there are some basic things the council could do to help but seem incapable of doing, such as putting up a few signs.”

A £175,000 scheme to entice shoppers back to the areas hit by tram chaos has been derided by traders.

Last month Tram bosses took over a vacant sweet shop, thought to have closed due to the works, and are spending £160,000 turning it into an information centre.

Lesley Hinds, the city’s transport leader-elect, said: “I would encourage businesses to work with council officials to help build the best possible case for a review in rates.”

Dave Anderson, the director of city development with Edinburgh council, said: “We have listened to what local traders say they need through the West End Focus Group and we look forward to delivering this creative programme in the coming months.”

As part of the promised package, tram bosses  will also promote the West End through Facebook and run an ad campaign.

Ads will run on local buses and on Scotrail trains as well as in newspapers, magazines and on the radio.

Bosses also plan to distribute a “West End Passport”, a booklet telling visitors what the area has to offer.