Letter from Sherlock’s creator makes its home in historic display

A LETTER written by Sherlock Holmes creator Arthur Conan Doyle and a document signed by novelist Robert Louis Stevenson are to go on display at the University of Edinburgh.

The artefacts are among the highlights of a summer exhibition that will mark 250 years of English Literature study at the University.

Also included in the display will be a thesis proposal by bestselling crime writer Ian Rankin, who studied English Language and Literature at Edinburgh from 1978 to 1985. 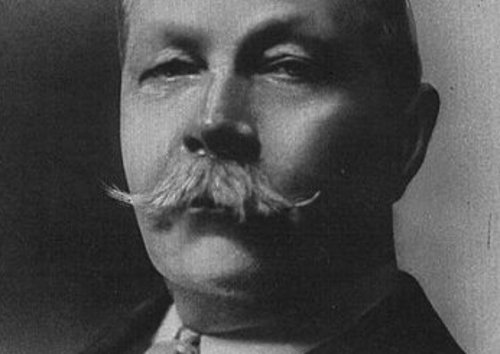 A letter from Arthur Conan Doyle will be on display

Edinburghis home to one of the oldest English Literature programmes in the world. Literary study was established in 1762 when the Rev Hugh Blair was appointed as the first Regius Professor of Rhetoric and Belles-Lettres.

Among the 48 items on display in the exhibition will be the first edition of the influential Edinburgh Review from 1802; a University class list from 1779 belonging to Professor Blair; and a letter from Queen Victoria confirming a professorial appointment in 1865.

The exhibition will also feature a drawing of the Loch Ness Monster by celebrated Edinburgh publisher James Tait Black and a medal struck to mark Edinburgh’s designation as the world’s first UNESCO City of Literature.

“These objects illustrate how important this has also been for literary life in Edinburgh and beyond – for authors, publishing houses, theatres, readers, students and the public.”

Mansion apartment where Balfour born on sale for £1.85m