One out of ten doctors don’t wash their hands

MORE than one in ten doctors, consultants and surgeons in Scotland’s hospitals are failing to wash their hands often enough, a report has revealed.

The Scottish Government today welcomed a fall in infections like C.diff and MRSA, but neglected to highlight that a tenth of senior medical staff are breaching hand hygiene compliance.

Figures in the Annual Surveillance of Healthcare Associated Infection Report for 2011 highlighted how compliance rates among nurses, allied health professionals and ancillary staff is significantly higher. 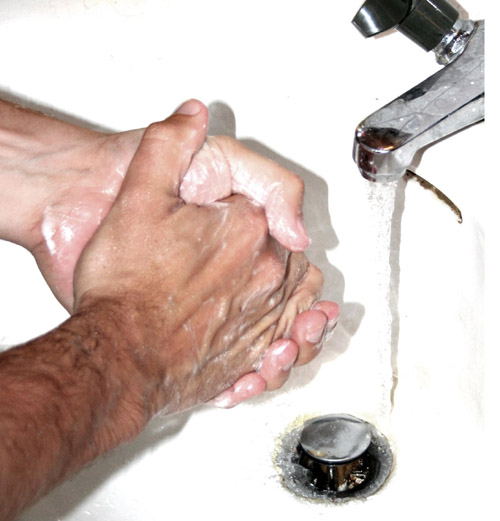 One out of ten doctors don’t wash their hands  Photo:Lars Klintwall Malmqvist

The report has been released days after doctors were balloted on industrial action, something the Scottish Conservatives have urged them to reject for the sake of patients.

“Perhaps our leading consultants and doctors should focus less on industrial action in support of their executive pensions, and more on the basics of hand hygiene.

“It is humiliating that staff at all other levels in our hospitals are managing by-and-large to meet these standards, yet the people they all look up to appear to be failing.

“The British Medical Association must do more to ensure the doctors they represent take this issue as seriously as others working in the NHS.

“Healthcare Associated Infections may be falling, but the presence of C.diff, MRSA, and as we have seen in the past week, norovirus, is still very much a problem in hospitals across Scotland.”