ALEX SALMOND today once again refused to tell the people of Scotland whether or not his phone was hacked.

Two weeks ago he was asked by Scottish Conservative leader Ruth Davidson to reveal the extent of his relationship with Rupert Murdoch.

On Tuesday, Lord Leveson himself said he was not “seeking to challenge the ability” of parliaments to hear information ahead of his inquiry. 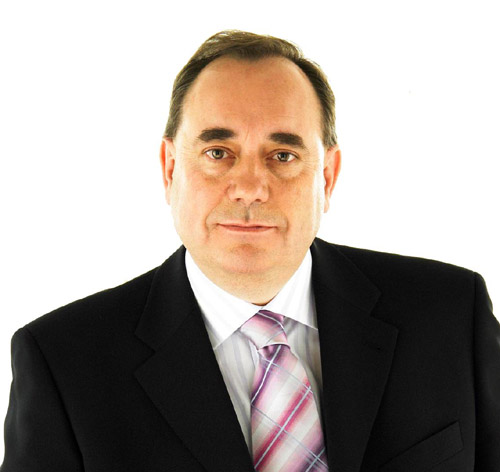 Salmond denies his phone being hacked

Today, Ruth twice asked the First Minister if his phone was hacked – and once again he showed contempt towards the electorate and the Scottish Parliament by refusing to answer the question.

This is despite Alex Salmond conceding that he is “accountable” to both the people of Scotland and the Holyrood chamber.

In addition, the Scottish Parliament has confirmed that the Mr Salmond and his ministers are accountable to Holyrood.

“It is completely unacceptable that the First Minister has, now on three separate occasions, refused to tell the Scottish Parliament if his phone was hacked.

“Alex Salmond is placing the importance of this inquiry before that of the Scottish Parliament and the people he was elected to represent.

“Even the First Minister’s claim that the Leveson Inquiry must take precedence over the Scottish Parliament has not been backed up by Lord Leveson himself.

“Alex Salmond would be wise to remember that he is accountable to the people who elected him and Holyrood.

“His constant ducking and diving on this issue is showing nothing but contempt for both.”