JIMMY Savile’s beloved Glencoe cottage has been put up for sale – for a whopping £300,000.

Hill-walker Jimmy, who was worth £5million when he died aged 84, bought the cottage in 1998 after cycling past it when he was in his twenties. 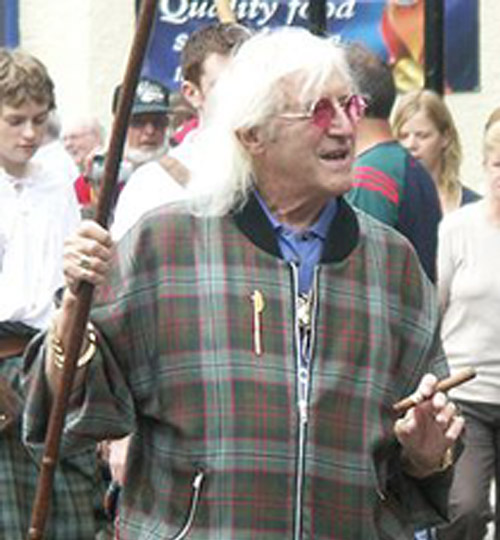 He converted it to have three glass walls and hinted that it may be handed over to the local community after his death.

The isolated highland hideaway is more than a mile away from any other property and lies with an iconic view of the brooding Three Sisters mountain range.

After buying his Scottish home, Sir Jimmy said he was fulfilling a dream of more than 50 years to own a home in Glencoe.

The cottage, which originally had no mains water or sewage system, was home to Sir Jimmy during his frequent trips to Lochaber.

The eccentric DJ was chieftain of the Lochaber Games for 34 years. He was described as an “adopted local” by community leaders after his death at the age of 84 in October last year.

He famously hosted Prince Charles at his home and took the heir to the throne into the garden to get a view of the stunning glen.

Sir Jimmy was so close to Charles that when the Prince came for dinner at his Glencoe house, he hired three waitresses for the occasion and dressed them in aprons bearing the initials H.R.H.

Allt na Reigh sites beside the A82 Glasgow-Fort William trunk road and includes a driveway, back garden and outhouse.

The house was put on the market for offers over £75,000 in 1998, but it is understood Savile paid significantly more in order to ensure his purchase.

An insider revealed the property would be put on the market for £300,000 – more than three times what Savile paid for it.

An estate agent at the Fort William office of MacArthur Stewart said: “It is for sale. The ‘for sale’ sign is up to generate interest but we’re not actively marketing the house yet. The estate hasn’t decided on a few things, like the guide price.

“We’re putting together the sale particulars and expect them to be ready in a few weeks.

“It is a very interesting property, with a lot of history. Obviously, Jimmy Savile had it, but before him it was owned by Hamish MacInnes so it’s got an interesting background.”

Mr MacInnes, a pioneering mountain climber and renowned writer, used the house as a base for his pursuits in the mountainous Lochaber area.

Savile, who died in October, raised millions for charity, leaving a further £5million to good causes in his will.

The TV and radio star was buried “standing up” with two Cuban cigars.