Over £1.1 million confiscated after guilty pleas to overfishing

High Court in Edinburgh today four fishermen who had previously pled guilty to landing undeclared fish at Fresh Catch Ltd and Alexander Buchan Ltd between 2002 and 2005 were the subject of confiscation orders totalling over £1,100,000. One of the orders being one of the largest ever made against an individual in Scotland.

The accused, their vessels and the amounts of the confiscation orders are as below: 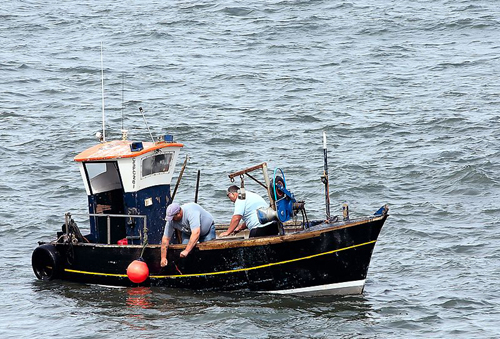 Speaking after the court hearings today, Lesley Thomson QC, the Solicitor General, said: “Serious and organised crime can take many forms and these individuals were involved in significant organised criminality.  They put their own financial gain first and sought to obtain staggering amounts of money with blatant disregard for the impact such large scale overfishing would have.

“Our message is very clear that there is no place in Scotland for those who want a lifestyle funded by crime and we will continue to work closely with law enforcement agencies to use Proceeds of Crime laws to make Scotland an increasingly hostile place for these criminals.”

Detective Superintendent Gordon Gibson of Grampian Police, who led the police investigation, said: “These investigations have been an excellent example of highly effective partnership working by a number of Law Enforcement bodies across Scotland and beyond.

“The significant sums of money seized under the Proceeds of Crime legislation clearly show that these men were involved in a highly organised criminal enterprise for their own profit.  I look forward to the sizeable sums seized today, and indeed monies from the previous over fishing cases within this investigation being distributed to many worthwhile causes across our communities in Scotland.”

Cephas Ralph, Head of Compliance at Marine Scotland said: “Today’s court activity was the successful result of long running and complex joint operations into large-scale illegality at a small number of processing plants initially uncovered during factory raids over six years ago.

“This action has prompted huge improvements in levels of compliance but my officers remain continuously vigilant in monitoring the enormous quantities of valuable Herring and Mackerel handled by Scottish processing plants.”