Peter Andre backs “Save Your Skin” campaign in Glasgow

SOME of TV’s glitziest, and well-tanned, celebs will come out in force tonight to raise awareness of skin cancer, as well as celebrate the memory of Donna Mortimer, a brave Scot who sadly lost her battle with malignant melanoma eleven months ago.

Peter Andre and Amy Childs will join a crowd of 400 at the Radisson in Glasgow to back the ‘Save Your Skin’ campaign organised by Fake Bake, plus encourage people to take part in a family Fun Run in Strathclyde Park this Sunday (May 20) to raise funds to honour Donna.

Donna, who lived in Bothwell, died from skin cancer in June 2011 after spending years warning of the importance of protecting your skin. 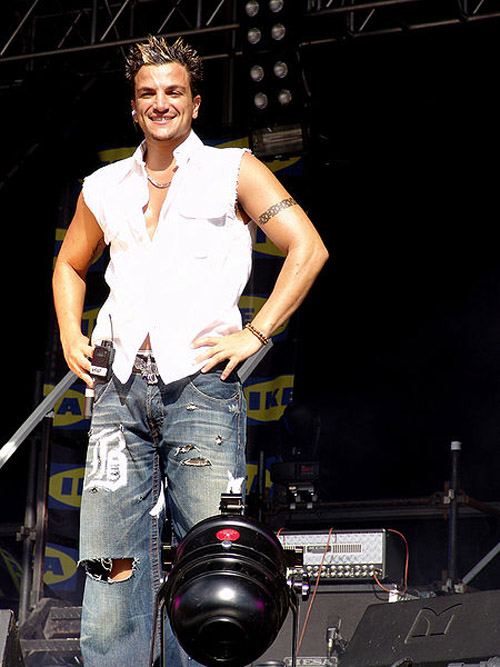 Peter Andre and Amy Childs will be at the event.

She was left with 19 tumours in her liver, stomach, leg and neck from the disease.

Diagnosed in 2002, she was given just four weeks to live but after travelling to the US for specialist treatment at the Mayo Clinic she was able to fight her cancer for a further six years, giving her more time with her three children and family.

Throughout her illness, Donna raised over £1 million for charity, giving up much of her very precious time to help others she considered less fortunate.

Paying respects to Donna and her journey, Peter Andre will talk at schools in Donna’s local area of Hamilton today to help educate pupils on why they should be careful in the sun.

The Fun Run takes place this Sunday at 11am in Strathclyde Park and everyone’s welcome to join the fun, whether it’s by walking, jogging or running the 6K circumference of the park. Various activities and entertainment have also been planned.

Donna’s family and friends have already raised more than £40,000 for the charity fund, continuing her campaign efforts to warn people of skin cancer risks.

Lynn Mortimer, Donna’s sister, said:  “The Donna Mortimer Ballantyne Charitable Trust was set up to continue the legacy that Donna herself firmly established.

“Having the support of the likes of Peter Andre and Fake Bake is fantastic and definitely helps the cause. We hope to have a record turnout at Strathclyde Park this Sunday for the Fun Run to celebrate Donna’s life, and raise both awareness and money to help us to continue her valuable work and keep her memory alive.”